Traditional or New Military History: A Final Thought (for now) 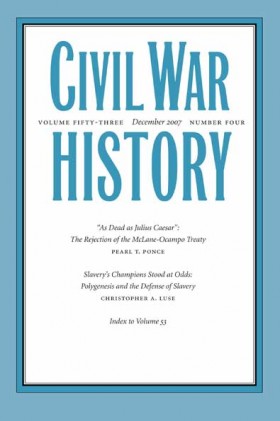 I want to add one more post to this most recent series in this on-going debate surrounding the direction and proper scope of Civil War battle studies.  As to the question of the proper balance between both approaches, I really have nothing to add.  There is no answer to the question; it is a false dichotomy. In the end, my interests are in not simply understanding factually more, but understanding better, and to achieve these ends you must ask a broad range of questions.

The majority of my posts on this subject have focused on what the traditional battle narrative fails to include. I thought I would take a different approach here and concentrate on what I take to be the reasons for the overwhelming popularity of the traditional narrative and why there is so much resistance to some of the new approaches that academic historians have introduced over the past few decades.  I should add that these thoughts are not directed at any one group or individual.  They are based on my own observations of Civil War culture.

My concerns with the traditional narrative actually have not as much to do with what they fail to include, but with the historical context that continues to fuel its popularity. I tend to see the traditional battle narrative as falling squarely within the context of postwar reunion and reconciliation.  As the nation bound up its wounds and worked towards sectional reconciliation by the turn of the century, histories of the war came to reflect a growing unwillingness to engage the tough moral issues such as emancipation, race, and blame.  If the participants of the war tended to see themselves on an equal moral plain with their one-time enemies and not as political beings that harbored strong political beliefs and a deep hatred, then it is not surprising that our early histories focused on a sanitized view of the battlefield. If our collective goal is to see ourselves as unified and the war as part of the inevitable march of freedom, then it is not surprising that our historians ignored the darker aspects and unresolved issues that related to the war. (In fact, many historians at the turn of the
century contributed to the disfranchisement of African Americans by ignoring their role in the story and exacerbating the racial components of the Lost
Cause.)  I can see this clearly in my work on the battle of the Crater. Battles were slugfests that could be captured in all their glory and majesty without having to worry about the many political and social issues that animated the men in the ranks. Americans chose to celebrate the war and we continue to do so today. We really do want to be entertained by our Civil War.  I tried to make this point in much more detail in a recent paper, “Why the Civil War Still Matters,” which was presented as part of the Virginia Festival of the Book back in March.

Gary Gallagher is fond of pointing out that most people don’t just simply want to hear the same stories, they want to hear the same stories told well.  And those stories tend to satisfy our deep desire to relish in a narrative that is progressive and brings out the best in the American character.  It shields us from having to acknowledge the dark underbelly of our history.  Perhaps the human cost was not worth it in the end.  In light of the war in Iraq, perhaps we can see more clearly that the war did not really end in 1865, but simply took on a different form.  The questions that have come out of the academy have allowed me to explore the Civil War with a bit more sophistication.  More importantly, it has given me a more mature understanding of how the war both reflected progress and regression for various groups.  I do not want simply to be entertained by history. I want to be challenged and surprised.