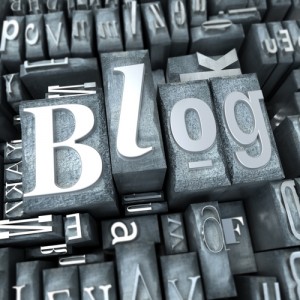 I am not happy with the quality of my blogging in recent weeks.   The few days in Atlanta allowed me some time to think a bit more critically about why I blog, and I was surprised to realize that I didn’t miss being away from it.  I actually thought about bringing my laptop to Atlanta for blogging purposes, but thankfully I decided against it.  I am certain that not bringing it made for a much more pleasant trip.

As many of you know I have maintained a fairly steady schedule of blog posts since starting in November 2005.  On most days you can read at least one post and sometimes as many as three.  While the amount of time I spend actually typing in a post is surprisingly short I do think a great deal about possible topics and whether they would make for interesting reading.  The other aspect that I am somewhat wary of is the extent to which my cynical side has emerged in my writing.  I’ve been criticized for the way I’ve referenced the writings of others and perhaps it is even justified.  Still, I stand behind everything I’ve said even if the tone could have been more palatable for some.  Let me say up front that I never thought of this blog as a way to make friends.  Links have been added by others to this blog and taken off for various reasons; at no time did I take it personally.  This sense of community is apparent among CW bloggers and for some I imagine that it is of some value.  For me it is more illusory.  That’s not to say that I have not enjoyed communicating with other bloggers just that I don’t necessarily blog to make friends or as a means to interact with others who share a common interest.  Issues surrounding how we write and think about the Civil War (and American history generally) matter to me for a number of reasons and at times that has emerged in my writing.

I’ve read that the average life of a blog is somewhere around a year.  There is a great deal of excitement early on which translates into a flurry of activity, but this eventually trails off into fewer posts and an overall lack of substance.  I now have a better sense of why that happens.  Bloggers begin to rehash old arguments and strain for fresh material and this tends to be accompanied by a certain amount of frustration.  Along with this is the feeling of obligation to those people who stop by at least once a day and often more than once.  There is a danger in allowing this to drive your blogging; for me it detracts from why I got into blogging to begin with.  Admittedly part of what is difficult for me to come to terms with is the fact that I tend to obsess about certain things; in other words, I find it difficult to pace myself.  In the case of blogging I find it especially difficult to pace myself because I tend to think that blogs should be updated on a regular basis.  I often wonder what’s wrong with those people who post infrequently (LOL).  In short I don’t want to end up posting for the sake of posting.

If you happen to be concerned that I am signing off let me assure you that I am not going anywhere.   What I am trying to say is that I do need to figure out how to proceed.  You may notice a change in the number of posts over the next few weeks.  To be honest I don’t know what will happen, but I do think that a healthy reassessment of what I am doing here is necessary.