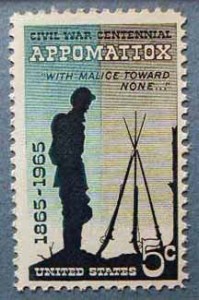 Plans for a new “Freedom Park” were unveiled yesterday in downtown Louisville, Kentucky, which will include a number of new exhibits and statues related to the civil rights movement.  The site is home to a Confederate monument erected in 1895 by the Women’s Confederate Monument Association.  The project is being led by local city officers as well as University of Louisville officials.  The new exhibits will be placed alongside the Confederate monument in the hopes of creating a more historically diverse public space that reflects a more inclusive citizenry.

Dr. Blaine Hudson, dean of the College of Arts and Sciences and an African-American historian who helped develop the concept for Freedom Park, acknowledged that it would be difficult to move the Confederate Monument. He said it “reflects Southern sentimentalism.”  Hudson said he hopes that Freedom Park will be an “outdoor museum that will tell the complete story of the Civil War period, the antebellum period here in Louisville and the civil-rights period.”

According to sculptor Ed Hamilton: “You can’t rewrite history. You’ve got to deal with it head on. But we need to have something to offset that one-sided portion of history.”

I agree that it would be a mistake to remove Confederate statues like the one in Louisville.  They have become part of our cultural landscape and most of them can rightfully be considered works of art.  It’s a mistake on the part of Professor Hudson to even hint at the possibility of removal.  Such a suggestion only works to alienate segments of the public.  Like all public historical displays these monuments need to be properly interpreted and as an educator it is his job to do so.   Adding to the park’s landscape can only enrich the visitor’s experience and provoke questions and dialog about our rich and sometimes divisive history.