This week my Civil War Memory students will be analyzing early commemorations and memory of the soldiers. We will read an article on the subject by David Blight and analyze early monuments along with their inscriptions and accompanying dedication speeches. I want my students to understand the role that statues played in shaping the memory of the war. Students should understand that the significance and message of the monument depended, in part, on the identity of the sponsor. The power to install and dedicate implied the authority to shape public spaces and define the conduct that deserved to be commemorated. Along with this is the ability to shape and reinforce the meaning and legacy of the war, which worked to reinforce the preferred interpretation of those who organized and dedicated the monument. I put together a slide show presentation for tomorrow and thought you might be interested in two statues in particular.

Some of you may be familiar with the first monument, known affectionately as “Dutchy”, which was unveiled in Elberton County, Georgia on July 15, 1898. There were hundreds of Confederate veterans still living and they declared that the Confederate army never had anything that looked like him or the uniform he wore. It is 22 feet high and the statue is seven feet tall and made of Elbert County granite. The distaste for “Dutchy” grew and on August 14,1900 the people awoke to find that the granite soldier had taken a tumble and was lying on the ground in broken pieces. It is not known to this day who pulled the figure down. 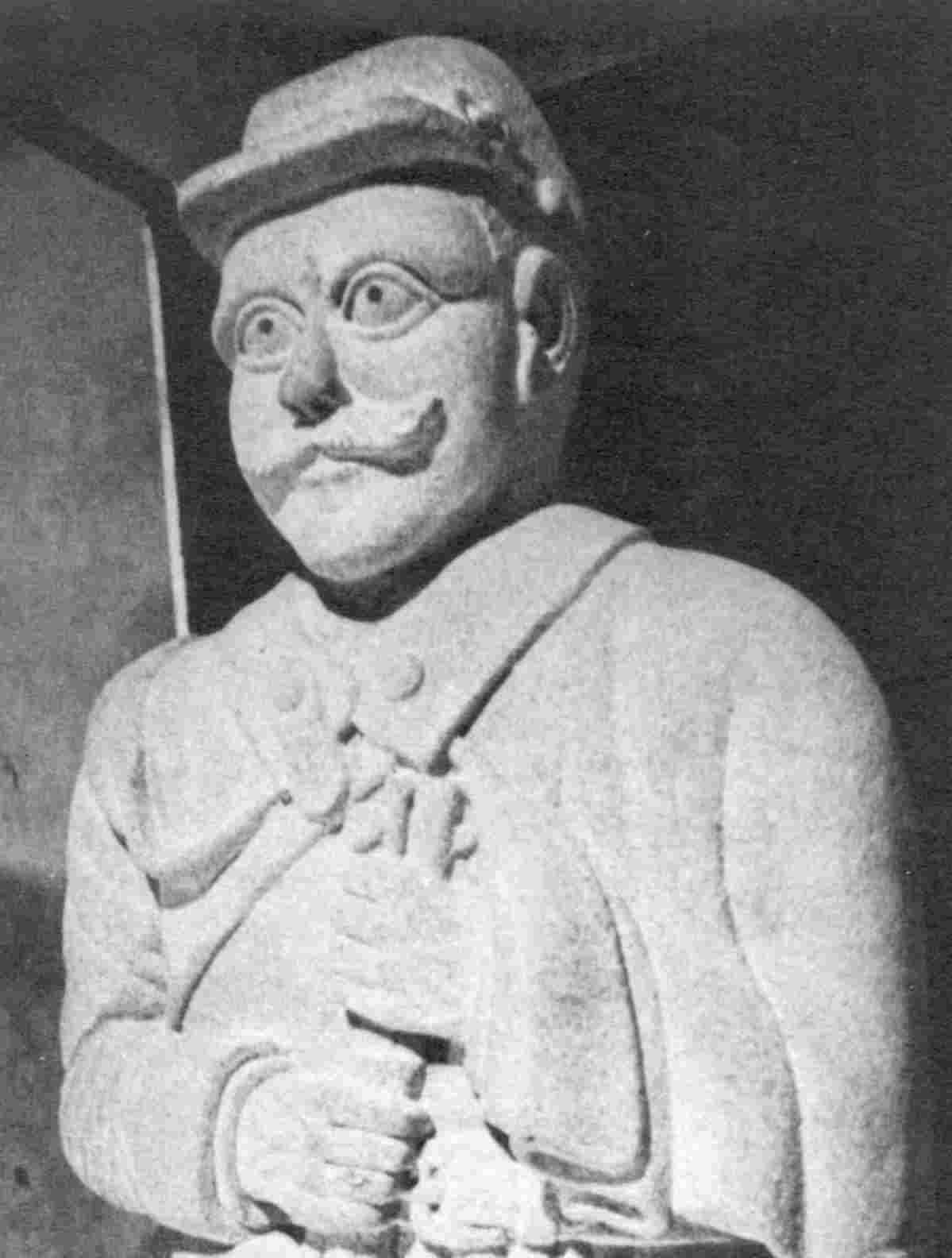 The belief that the statue was “too German” and its eventual destruction suggest that sculptors were expected to portray Civil War soldiers along accepted ethnic lines.

The second monument pictured below, according to Thomas Brown, was the only one constructed in the South by 1920. It is located in West Point Cemetery in Norfolk, Virginia. 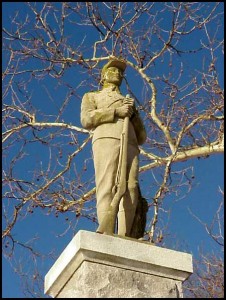 This statue points to the gradual disappearance of the “emancipationist legacy” of the war and the service of black soldiers in saving the Union. The difficulty in placing a monument to black Union soldiers in the South had as much to do with limited financial means as it did with the reemergence of white supremacy through Jim Crow legislation.

In terms of my own reading on the subject I’ve relied heavily on Kirk Savage’s Standing Soldiers, Kneeling Slaves (Princeton University Press, 1999).