Should the SCV and Richmond Partner to Improve Oakwood? 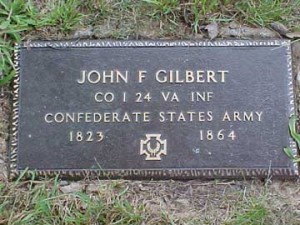 I support the Sons of Confederate Veteran’s request to partner with the city of Richmond to improve the grounds at historic Oakwood Cemetery.  Such a project would work to improve a public space and bring attention to an aspect of the city’s rich history.  The plan is to preserve the Soldier’s Monument replace deteriorated grave markers with upright headstones.  Actually, the SCV has been pushing for just such a partnership for a number of years, but has been met with resistance from various officials.  It’s not difficult to imagine why and even the SCV seems to understand it, though I have to wonder whether they really appreciate the nature of these concerns or are even willing to take ownership of their role in shaping recent perceptions of the organization as well as the history of the Confederacy.

While I support the organization’s efforts I do have a few concerns.  First, I imagine that the cost-effectiveness of such a venture will have to be demonstrated.  If the city’s hesitation is a reflection of the ambivalence of the local population than they will need to show that this will not place a heavy burden on the taxpayers.  After all, it’s their money and if they do not want it to go to such a project than that’s the end of it.  My bigger concern, however, is with the marking of graves.  The SCV has shown utter incompetency when marking soldier graves in the past, especially the marking of so-called black Confederates.  I would hope that some type of oversight will be exercised by the city to ensure that those buried are not used as propaganda in the SCV’s ongoing campaign to beautify its image.  One must wonder how many black Confederates are buried in Oakwood.

Other than that this seems to be a worthwhile project that will benefit the city and state.