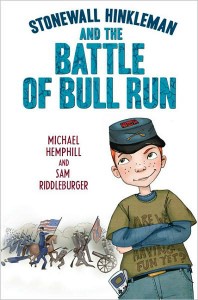 One of the sessions that I attended at last week’s SHA was a roundtable on Civil War Memory and the Sesquicentennial.  It was an excellent panel consisting of Gaines Foster, Suzanna Lee, John Neff, and Robert Cook.  The presentations were short which left plenty of time for conversation.  The question of how to attract African Americans to sesquicentennial celebrations received a great deal of attention from a number of the panelists, especially Prof. Cook, whose study of the Civil War Centennial highlights the extent to which this particular group was ignored.  Prof. Cook suggested that what is needed this time around is a much more inclusive commemoration that does justice to the “Emancipationist Legacy” of the conflict.  Well, who would disagree with that?  Here in Virginia we’ve already held one major conference on the eve of the Civil War.  Panelists touched on questions of race and slavery throughout the various sessions and future conferences will focus even more on the end of slavery in Virginia and its aftermath.  There will be no shortage of talk about slavery, race, the home front and every other subject under the sun.

However, anyone who believes that a simple formula of inclusiveness is going to significantly expand the racial profile of those who attend the various events over the next few years is going to be sorely disappointed.  As I sat in the audience it occurred to me that many academic historians have absolutely no clue as to what they are talking about when it comes to these important challenges.  As many of you know I blogged from the University of Richmond for the first “Signature Conference” and out of roughly 2,0000 people I counted a very small handful of African Americans.  I am now even more convinced that the question of how to attract African Americans is wrong headed and likely to get us nowhere.  The problem is that it’s not about inclusiveness of narrative; rather, it is about an emotional alienation from the events in question that may be insurmountable.  Yes, next year’s conference at Norfolk State University is bound to attract more African Americans given the conference’s theme as well as its location, but that is also problematic.  It’s as if we expect African Americans to jump when it comes specifically to the question of slavery and emancipation as opposed to a conference on battles and leaders or some other subject.  I suspect that for many African Americans the Civil Rights Movement looms much larger than the Civil War years.  That’s not surprising given that many who lived through it are still alive and it is much easier to cast those years in heroic terms as opposed to the disappointment, mistrust, anger, and shame that are often attached to the Civil War and Reconstruction.

In the end all we can do as historians is offer advice on our areas of expertise.  Critical history that allows Americans to engage in serious reflection about the tough questions is absolutely essential in helping to bring about a successful sesquicentennial.  We don’t have to ask who it is going to attract because that is largely beyond our control.  That said, it is important for pubic historians, museum officials and others working in the trenches to think creatively about introducing the Civil War to as wide an audience as possible.  During the Q&A I tried to voice my frustration with some of the suggestions from the panel by pointing out that it is likely that the Sons of Confederate Veterans may be the most successful in drumming up interest within the black community over the next few years.  And they will do it, in part, with events that honor so-called black Confederates.  The SCV has made it a point to contact descendants of the men they plan to honor and quite often there is a black audience present during the actual ceremony.  They are successful not only because individual chapters are embedded within the community but because they offer a narrative that is appealing to people who have a strong desire to identify with their family’s as well as their region’s past.  The hook that attracts groups that have traditionally been alienated from Civil War commemorations may be those that appeal to an emotional as opposed to an intellectual curiosity.

We will have to wait and see.