Will the Sons of Confederate Veterans Have Any Impact on the Sesquicentennial? 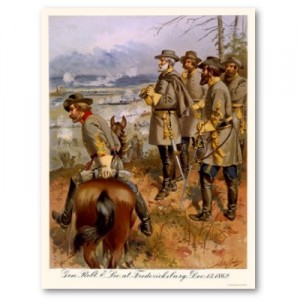 I may be speaking too soon, but it looks like the influence of the Sons of Confederate Veterans on how we remember the Civil War will be minimal as we make our way through the Civil War Sesquicentennial.  Today we learn that plans to place a monument to South Carolina’s decision to leave the Union in December 1860 at the Riverfront Park in Charleston have been scrapped.  There is now talk about placing the monument at a site related to the Hunley.  The monument celebrates this event by completely ignoring the issue that propelled South Carolina out of the Union: slavery.  This weekend the SCV will finally unveil their Davis-Limber statue at Beauvoir.  The decision to locate the statue at Davis’s home came after their decision to pull out of an agreement with the American Civil War Center at Tredegar in Richmond.  Following this move the organization unsuccessfully petitioned the state of Mississippi to accept the statue.  Finally, as we all know the recent decision here in Virginia to set aside April as Confederate History Month was a public relations disaster for the SCV.

Where does this leave the SCV?  As I said up front it may be too early to tell, but their Lost Cause inspired view of the past is clearly on the defensive and bound to be minimized even further.  I guess the only question is how will the organization respond?  The SCV has a role to play in the next few years, but if they hope to have an impact they are going to have to acknowledge that the general public’s understanding of the Civil War has evolved to one that is much more inclusive and open to addressing some of the tough issues at the center of our civil war experience.