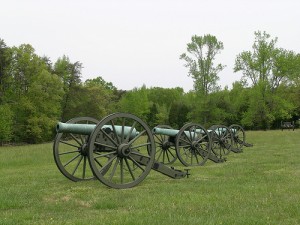 [Hat-Tip to Caleb McDaniel at Clippings]

Today’s editorial in the New York Times serves as a reminder of just how easily we can sink into conceptual confusion when trying to make sense of the ongoing wave of fear surrounding the building of an Islamic Cultural Center in the vicinity of “Ground Zero”:

As the site of America’s bloodiest terrorist attack, New York had a great chance to lead by example. Too bad other places are ahead of us. Muslims hold daily prayer services in a chapel in the Pentagon, a place also hallowed by 9/11 dead. The country often has had the wisdom to choose graciousness and reconciliation over triumphalism, as is plain from the many monuments to Confederate soldiers in northern states, including the battlefield at Gettysburg.

The analogy simply doesn’t work because Muslims (Islam) did not attack the United States on September 11, 2001.  McDaniel is correct in pointing out that the very analogy “undercuts the editorial’s absolutely correct insistence that (despite what a dismaying number of New Yorkers and Americans believe) ‘Muslim’ does not mean ‘terrorist’ or ‘terrorist sympathizer.’”  Finally, anyone familiar with the evolution of monument building on the Gettysburg and Antietam battlefields would not fall into the trap of characterizing it as reflecting “graciousness and reconciliation over triumphalism.”

Next post: The Museum of the Confederacy’s Black Confederate Toy Soldier

Previous post: What Did Your Kids Do This Summer?