“Students Should Feel Free To Criticize” 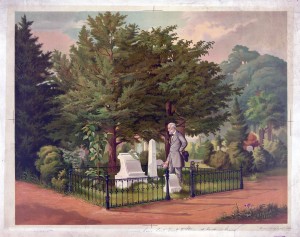 Today I received a student scholarship application from our local Lee-Jackson Educational Foundation.  They run an annual essay contest and award three $1,000 scholarships as well as an $8,000 award to the public school, private school, or homeschooled student who authors the essay that is judged to be the best in the state.  There is much that I like about the contest.  On the one hand the judges seek essays that are “well-written and thoroughly researched” and offer a “rigorous defense of a well-reasoned thesis.”  They even make it a point to advise students that it is permissible to criticize Lee and Jackson.  Perceptive students may inquire as to why such a point needs to be made at all.  Although the contest allows students the widest latitude in formulating a topic and thesis, the foundation does offer some suggestions:

There is a slight bit of tension between the insistence that students think broadly about the topic and feel free to “criticize” and the suggested subjects listed above.  They are more than suggested topics; rather, they include a number of implicit assumptions that are deeply rooted in our collective memory of these two individuals.