Are Americans Divided Over the Civil War? 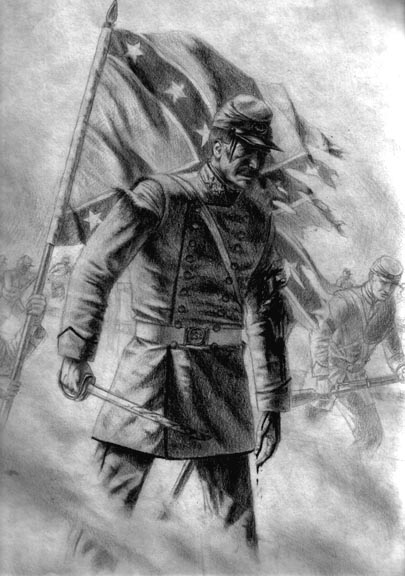 According to our mainstream media, which thrives on conflict, Americans are hopelessly divided over the Civil War.  Open up a newspaper and you can find scores of articles with titles such as, “After 150 Years, the Civil War Still Divides the United States,” and “150 Years Later, State’s Secession Still Stirs, Still Divides.”  Turn on cable news and you will find the various talking heads arguing the same tired script that tugs more at the viewer’s emotions rather than their intellect.  Consider a recent episode of the Ed Schultz Show, featuring the always lively, Al Sharpton.  Spend enough time in these places and you might even come to believe this alluring cultural meme.

Now, I don’t doubt for a moment that Americans disagree over fundamental questions about the history of the Civil War as well as how it ought to be commemorated.  There is nothing necessarily wrong with or even interesting about that alone.  What I am questioning is the way it divides Americans.  It’s the “Still” in this little narrative that troubles me since it implies little to no change in the overall contours of where the nation is in terms of its collective memory.  As far as I can tell Americans are not sharply divided over these questions in terms of their regional identification, political affiliation or connection to the Civil War generation itself.  In short, we are not living in a “House Divided” and to push such a narrative is facile at best.

The ongoing controversy about how secession ought to be remembered in South Carolina along with tomorrow’s Secession Ball illustrates this quite well.  What I am struck by is the level of agreement over how this bit of history is being commemorated.  While the mainstream media is enjoying highlighting the racial aspect of this divide by noting the scheduled protest of the NAACP at every turn, if we look closer we see a very different story.  Charleston Mayor, Joseph Riley, has been outspoken in his belief that the celebration is “unfortunate” and “the opposite of unifying.”  The state’s major newspapers have all struck a similar tone:

There is room for disagreement over whether we can fairly judge the morality of the secessionists by the standards of 2010. There is room to debate whether the men who fought for the Confederacy believed they were simply fighting to defend their state, without regard to why their state needed defending, or to what role slavery played in the social order. There might even be room to debate what motivated other states to leave the Union.  But those are debates that need to be had honestly, based on what really happened 150 years ago. Pretending that anything other than slavery played a significant role in South Carolina’s secession is not honest, as the secessionists themselves made a point of telling the world with such abundant clarity.

Spend enough time watching interviews that include representatives of the Sons of Confederate Veterans and you might assume that everyone with Confederate ancestry is united around a certain view of the war.  Not so fast.  Consider native southerner, Edward Ball:

I can testify about the South under oath. I was born and raised there, and 12 men in my family fought for the Confederacy; two of them were killed. And since I was a boy, the answer I’ve heard to this question, from Virginia to Louisiana (from whites, never from blacks), is this: “The War Between the States was about states’ rights. It was not about slavery.”

I’ve heard it from women and from men, from sober people and from people liquored up on anti-Washington talk. The North wouldn’t let us govern ourselves, they say, and Congress laid on tariffs that hurt the South. So we rebelled. Secession and the Civil War, in other words, were about small government, limited federal powers and states’ rights.  But a look through the declaration of causes written by South Carolina and four of the 10 states that followed it out of the Union — which, taken together, paint a kind of self-portrait of the Confederacy — reveals a different story. From Georgia to Texas, each state said the reason it was getting out was that the awful Northern states were threatening to do away with slavery.

The Civil War Sesquicentennial is already shaping up to stand in sharp contrast with the divisiveness and narrow scope of the Centennial celebrations – a period that ought to be understood in terms of both a regional and racial divide.  Perhaps the most profound change can be found on an institutional level.  Consider the recent and upcoming events sponsored by the Lowcountry Civil War Sesquicentennial Commission not to mention the overall focus on and acknowledgment that slavery was central to understanding secession and war by every other state sesquicentennial commission.  The documents central to South Carolina’s decision to secede are now in the hands of people who have been educated during one of the most vibrant periods of Civil War/Southern historiography.  After displaying the Ordinance documents to a UDC sponsored memorial event, Eric Emerson, executive director of the S.C. Department of Archives and History, expressed his hope “that people will develop ‘a deeper level of understanding’ of secession and war that goes beyond the nostalgia and gets at the heart of one of the most turbulent and talked about periods in South Carolina history.”  None of this fits neatly into the “America Divided” meme.

We can continue to get lathered up by focusing on Secession Balls and interviews with the usual suspects, who profit one way or another from promoting this “America Divided” narrative or we can step back and acknowledge the vast shift that has taken place in our society that has the potential to bring us even closer together.