Celebrating the Soldier and Not the Cause? 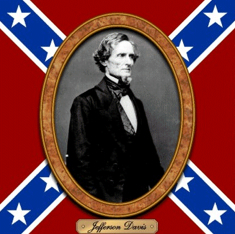 Organizers of tomorrow’s “Heritage Rally” in Montgomery, Alabama are making every effort to accurately recreate Jefferson Davis’s swearing in ceremony.  They have stipulated which flags can be carried as well as guidelines for proper period clothing.  As in the case of the recent Secession Ball in Charleston, South Carolina, we are unlikely to hear anything about the importance of slavery and race, which will no doubt be made easier by the fact that Davis’s speech does not explicitly mention it.  I do find it interesting that the February 1861 event did not include Confederate soldiers nor did it include the flags that will likely be visible from every point along the parade route.

What I find interesting is the close identification that is implied between the presence of Confederate reenactors from various units and, arguably, one of the most important political events of the period.  After all, it’s the Sons of Confederate Veterans, who constantly remind us that the common soldier ought not to be understood in political terms.  In other words, they fought for hearth and home, but they certainly did not fight to maintain slavery.  What tomorrow’s march up Dexter Ave. represents – even if it is unintentional – is the fact that the Confederate army operated as the military arm of the Confederate government.  The army itself was an integral part of a political entity.  By default the soldiers in the ranks fought to protect and preserve a constitution that was crystal clear about the importance of slavery and white supremacy as a defining principle of the new nation.

This close connection between the soldier and state will be reinforced tomorrow by the thunderous roar of hundreds of enthusiastic Confederate reenactors.  We should be thankful that the cause for which they will cheer tomorrow was ultimately unsuccessful.