The Real Price of Forgetting the Past (Continued) 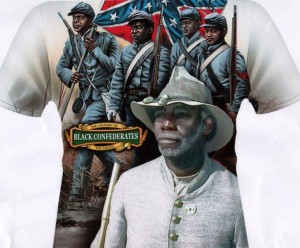 In response to my last post in which I suggested that public historians have reason to feel good about the seismic interpretive shifts that can be seen in our museum’s and other historical institutions John Hennessy offers the following:

As it relates to the supply-side of the equation, I think there is little doubt that there is something to your and Pete’s declaration of victory. But on the consumer side–not entirely. Anyone would be hard-pressed to declare to the front-line staff on an NPS battlefield site that the issue of disputed memory/history/heritage/tradition is settled in the public’s mind. There HAS been great progress, and we see evidence of that on a regular basis, but we also see evidence of discord literally every day. And then, too, there is the issue the entrenched disconnect between the public history of the Civil War and the African-American community. As has often been said, history doesn’t turn the page, only historians do. [my emphasis]

I think John is absolutely right and this is an issue that came up a few times during the conference in Raleigh, but it didn’t receive nearly enough attention.  My paper attempted to sketch some of the challenges that the National Park Service in Petersburg face in attracting African Americans and the local community to the battlefield.  I am in now way suggesting that NPS historians need to spend their time generating plans on how to go about attracting any one group of Americans.  I’m not even sure how one would go about this.  At the same time and given their location within a predominantly black community I do believe that the NPS does have a responsibility to be sensitive to the extent to which decisions made within its own institution and beyond served to alienate African Americans from a landscape that figured prominently in a narrative that traced the transition from slavery to freedom.

It is clear to me that public historians need to spend much more time coming to terms with the myriad ways in which Americans approach their past.  With all of the attention being paid to how little Americans supposedly know about the past, it would be much more helpful to try to better understand why so many of us feel drawn to the past.  [One useful source is Roy Rozensweig’s and Thelen’s, The Presence of the Past.]  A new YouTube video interview of H.K. Edgerton by the Sons of Confederate Veterans points to just how important this is if we hope to offer an interpretation of the past that responds to the needs of various consumers of history.  I’ve written extensively about H.K. and while I find him to be quite entertaining it would be a big mistake to dismiss him without considering his core message.  I find it very difficult to follow much of his thinking about slavery, Reconstruction, the Klan, and Nathan Bedford Forrest in this video.  Frankly, I don’t get the sense that H.K. has read much history at all.

That said, public historians ought to listen closely to H.K.  His is a personal past of marginalization and exclusion.  What stands out to me is the following: “How are you going to separate Confederate history and Southern history from black folks?”  I hear someone declaring their rightful place within the rich history of the South and the Civil War in particular.  The emphasis on black Confederates and even his own donning of the Confederate uniform and long marches through the South reflect someone who has a desire to read a history about bravery and sacrifice within the African American community.  Perhaps his preferred history is one that does not involve African Americans leaving the South for the Union army, but for a history that places them at the center of Southern history.

Is it any accident that H.K. has found a home in the Sons of Confederate Veterans?  Both are clearly getting something out of this relationship.  The SCV enjoys the embrace of an African American who confirms their own need to remember a past that minimizes the centrality of slavery and race and H.K.’s desire for black agency that sits at the center of the Confederate narrative is acknowledged.

Public historians have a lot to learn.