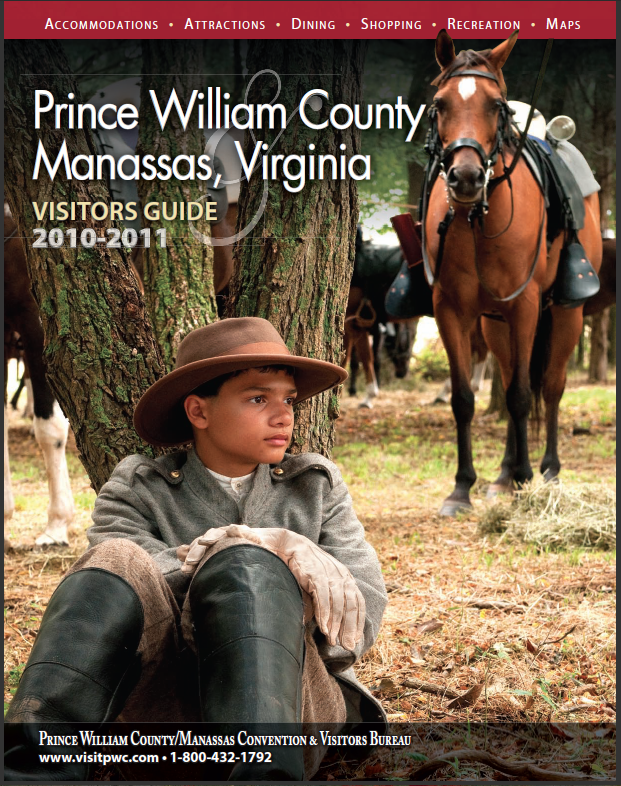 Thanks to a reader for passing along the Prince William County/Manassas, Virginia Tourism Guide for 2010-11.  I have no idea what went into the decision to feature a young black male in what appears to be a Confederate uniform.  Don’t get me wrong, there is nothing historically inaccurate about such a representation, though he is probably too young to be a body servant.  The more important issue has to do with the intended message behind this image.  I would love to know if anyone on the editorial team is aware of the recent textbook controversy involving claims of thousands of black Confederates serving under Stonewall Jackson’s command.

The choice of cover also raises interesting questions surrounding the demographic that the tourism bureau is hoping to attract.  It suggests something more than an attempt at inclusiveness; it suggests that tourist officials believe African Americans will be hitting the roads for Civil War destinations over the next few years.  We shall see.

Next post: Even the Public Historians Have Been Seduced