Challenging the Black Confederate Myth on the Radio 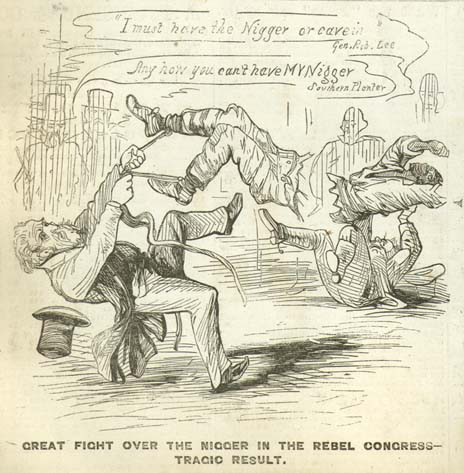 This morning The Takeaway radio show, which is a national news radio program produced by WNYC, New York Times radio and the BBC, aired a segment on the subject of black Confederates.  It was incredibly disappointing and a number of people, including Ta-Nehisi Coates, brought attention to it.  The producers decided to do a follow-up show and a number of people suggested that they get in touch with me.  Well, I just finished talking with one of the producers and we are set to do a live interview tomorrow morning at 7:20am.   We began our discussion on the issue of numbers, but I quickly moved the conversation to the more substantial issues of how African Americans were viewed by the Confederate military and government as well as slaveholders.  Hopefully, we can provide some context for this misunderstood topic and move beyond some of the more  statements of Nelson Winbush and Stan Armstrong.  I will provide a link to the interview if you don’t have a chance to listen live.

Next post: Setting the Record Straight on Black Confederates (sort of)