What Will Become of the Black Confederate Controversy?: A Response 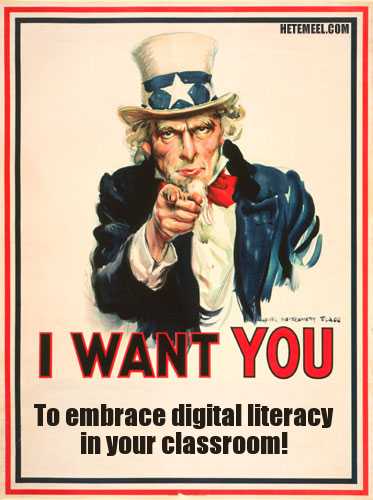 Matt Isham has published a thoughtful post in which he assesses the black Confederate controversy over at A People’s Contest.  While I appreciate Matt’s positive assessment of the attention that I’ve given the subject over the past few years, his critique misses the mark.  Consider the following:

Of course, the person who has done yeoman work on this issue is Kevin Levin at Civil War Memory. He has challenged black Confederate mythmakers with vigor and gusto for several years now and shows no signs of slowing down, as he will be publishing a book on this subject soon (find his latest post on the topic here). Levin consistently has pointed out the basic historical illiteracy of the mythmakers, particularly their inability to understand how 19th century Americans conceived of citizens, slaves, and the citizen-soldier.

This, of course, is all well and good, especially the heavy lifting Mr. Levin has done on this issue. After all, it is one of the most important aspects of our mission as educators to expose the public to the fraudulent nature of such myths as the black Confederate story. I wonder, however, if historians are not in danger of sinking down into the mire of this debate by continuing to pay attention to every continued claim from the mythmakers and supporters and every rebuttal in the blogs and the news media. To be honest, I’m not sure where I stand on this, but I feel as though this debate is beginning to yield diminishing returns. Surely, the public has been educated about the debate and the shortcomings of the black Confederate thesis. Carrying on the debate with members of the Sons of Confederate Veterans and other true believers yields nothing, for they are resolved to support their position regardless of whatever evidence and logical analysis is marshaled to expose the fallacy of their belief.

The one point that I completely agree with is that attempting to engage in discourse with the SCV is futile.  Than again, the energy that I expend on this subject is not intended for the SCV or the relatively small number of vocal diehards out there.

My problem with Isham’s analysis is that he offers up nothing specifically that would allow us to measure for “diminishing returns.”  If it’s simply our inability to get through to the SCV than not only are our prospects diminishing, they have already flat lined.  Let me suggest that the battle is twofold: Yes, on the one hand we need more scholarship on the subject that is accessible to Civil War enthusiasts who are generally interested in this subject, but unfortunately, reliable studies published in traditional format will have little to no impact on this controversy.  I hope that my own research will help to fill this void, but that in and of itself will not solve the root problem, which as I recently pointed out in the New York Times, is digital literacy.

Approaching the problem from this angle provides us with a different perspective, one that acknowledges the value and importance of responding to as many of these outlandish claims on blogs and news media.  This controversy is as much about digital literacy, hyperlinks and search engine rankings as it is about content.  Having to constantly respond to the same tired and confused claims about armed slaves can be nauseating, but it is absolutely necessary in establishing both presence and reputation.  Search engine rankings have been shaped in recent months by the contributions of myself and others around the Civil War blogosphere and elsewhere.  Anyone interested in Silas Chandler will have to consider the numerous posts on the subject on this blog, which hopefully offer both a reasoned response to the mythmakers and a reasonable alternative interpretation based on available evidence.  In the end, however, the content is irrelevant if the website is not firmly established and sensitive to positive SEO practices.

Where I agree with Isham is in the implicit assumption that our response ought not begin and end with a critique of every new claim.  We have to offer a robust and creative response that introduces more sophisticated content and interpretation as well as helpful strategies for assessing digital sources.  That has been my goal over the past year.  I recently took a shot at creating short video tutorials that offer an introductory overview of how to assess some of the most popular black Confederate websites [see here and here].  Not long after I made these videos I was contacted by a 7th grade teacher in Boston, who used the tutorials to teach the subject and digital literacy to his students.  I hope to build on these videos once the school year ends as well as continue to work with history teachers on the importance of emphasizing digital literacy in the classroom.

I suspect that much of the anger directed at me from certain camps reflects an awareness of the small digital space in which they operate.  It is safe to assume that no one is asking a passionate contributor to a Facebook group page or listserv to write for publication or work with teachers.  At the same time we would be making a big mistake to dismiss those sites as ineffectual.  In fact, they constitute the front line in this ongoing controversy.

Next post: Update on History Detectives and Silas Chandler