Where Have You Gone, Bruce Catton? 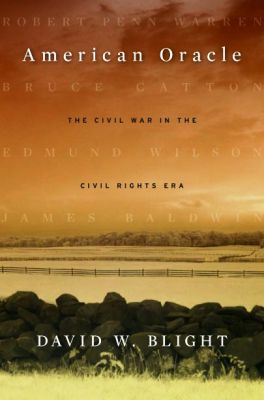 Tomorrow my wife and I are going to head over to Cambridge to the Harvard Bookstore to hear a talk by David Blight.  I tend not to take my wife to hear Blight as she has what I would say is an unhealthy attraction to his voice.  Hopefully, she will be able to exercise sufficient self control.  Blight is going to talk about his new book, American Oracle: The Civil War in the Civil Rights Era

, which explores the writings of Robert Penn Warren, Bruce Catton, Edmund Wilson, and James Baldwin.  Each of these writers struggled to come to terms with America’s collective memory of the Civil War during the civil rights era.  Like much of everything else Blight has written the book is well worth your time.

One of the things I find interesting is the lack of a prominent Civil War historian or literary figure, who occupies the same space as did Penn Warren, Catton, Wilson, and Baldwin.  In terms of historians of that era I would also include Allan Nevins and Douglass Southall Freeman, though he died in 1953.  Perhaps you disagree, but if so, I would be curious to know who you think fills those roles and speaks for our generation’s memory of the war.  If you agree with me, I would also like to hear why.