History Detectives Embrace Reconciliation at the Expense of History 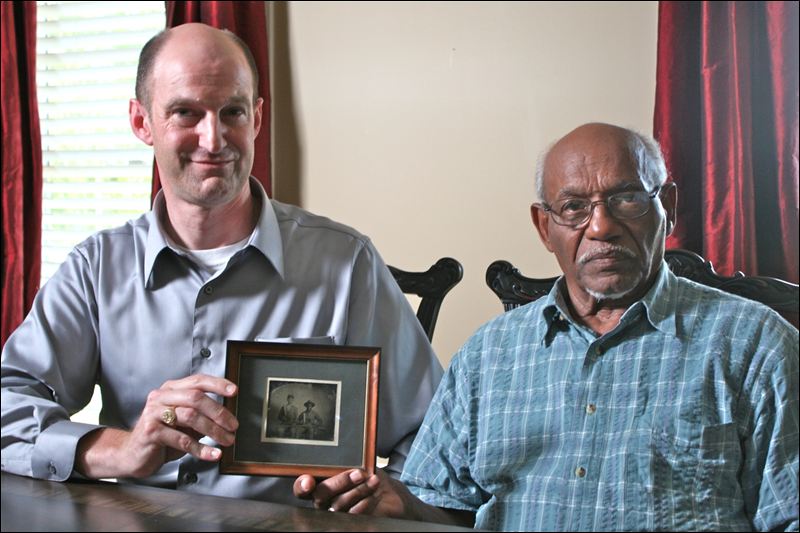 Once the producers of History Detectives committed themselves to exploring the story behind the tintype of Andrew and Silas Chandler through the respective memories of both sides of the family they embraced a narrative of reconciliation.  At some point they had to bring both sides of the family together through a common bond that implied some sort of friendship or mutual respect.  That comes out in their rather vague explanation of a plot of land that the white Chandlers sold to a black congregation.  Yes, they put to rest the ridiculous claims about Silas serving as a soldier in the Confederate army, which as I suggested last night we already knew, but they completely went off the deep end once the show emerged from the Civil War.  In fact, it’s not a stretch to suggest that HD offered a distorted picture of Reconstruction.  What do I mean?

Both white and black southerners suffered numerous hardships during Reconstruction and beyond.  African Americans in Mississippi and elsewhere faced violence from Ku Klux Klan and the civil injustices that eventually framed the Jim Crow South.  What is remarkable and what was completely ignored last night is the fact that Silas and Lucy Chandler emerged from slavery and managed to eke out a living.  They survived!  Silas became a respected carpenter in the West Point area, which created a stable economic foundation for an already growing family.  Silas and Lucy purchased land and according to the available evidence paid off their debt ahead of schedule.  Their children were educated and at least one taught college.  This is a beautiful story that falls well within a narrative of slavery to freedom, but that was sacrificed in order to give the participants and the audience some sense of closure.

In the end, what brought Andrew and Silas together was a law that allowed one human being to own another.  The inspirational story of Silas and Andrew that ought to have been embraced by both sides and the rest of us is what is possible out from under the shackles of slavery.

Next post: It’s Not a Good Day For the Black Confederate Myth Makers

Previous post: History Detectives Tell Us What We Already Know