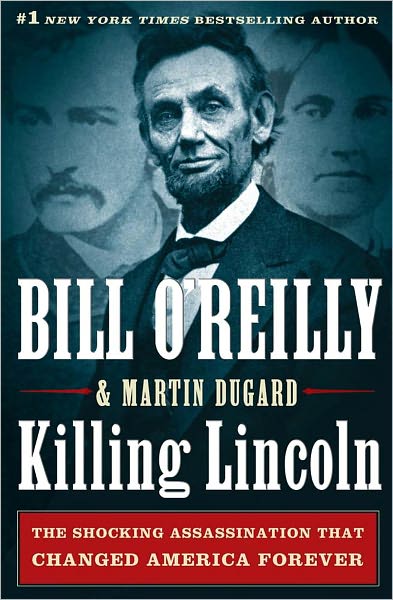 Is This Book Worth Reading?

Ford’s Theatre National Historic Site in Washington, D.C. has decided not to sell the bestselling book, Killing Lincoln by Bill O’Reilly and Martin Dugard.  The decision was made following a thorough review of the book by Deputy Superintendent, Rae Emerson.  I don’t have any problem with the NPS making such a decision; in fact, I applaud it.  The NPS review is included in the Salon article for your consideration.  When I posted the article to the Civil War Memory page one of my readers responded that she had canceled her order for it.  That got me thinking.  Let me be clear, there are plenty of mistakes in this book, but I still wonder whether they render the book unreadable.

The most glaring mistake, in my mind, comes at chapter 39.  What follows is taken from the report:

Chapter 39: “Booth’s second act of preparation that afternoon was using a pen knife to carve a very small peephole in the back wall of the state box. Now he looks through the hole to get a better view of the president.”

“Despite all attempts to prove, without success, that the hole in the door to box 7 was bored by Booth that same afternoon, a recent letter from Frank Ford of New York City (to Olszewski, April 13, 1962) may clarify the fact. In part, his letter states:

As I told you on your visit here in New York, I say again and unequivocally that John Wilkes Booth did not bore the hole in the door leading to the box President Lincoln occupied the night of the assassination, April 14, 1865  . . .

The hole was bored by my father, Harry Clay Ford, or rather on his orders, and was bored for the very simple reason it would allow the guard, on Parker, easy opportunity whenever he so desired to look into the box rather than to open the inner door to check on the presidential party . . ..

The rest seem to me to be minor mistakes.  Of course, part of the problem is that we have no idea what sources were consulted or how they were evaluated.  Again, this is not meant in any way as an endorsement of the book.  That said, I have to wonder: Does the NPS carry out such a thorough review for every title in their store or is this a special case given the book’s popularity?  Will we not find minor mistakes and some sloppy writing in some of these other titles that the NPS has for sale?  What about the kids books?  I can certainly recommend a short list of books on Lincoln’s assassination that are more carefully written and entertaining, but it’s not clear to me where that leaves us with O’Reilly’s book.  Any thoughts?

Next post: D.S. Freeman High School Reflects On Its History