ATTENTION: COMMENTS ON THIS POST ARE CLOSED.  NO ADDITIONAL COMMENTS WILL BE APPROVED. 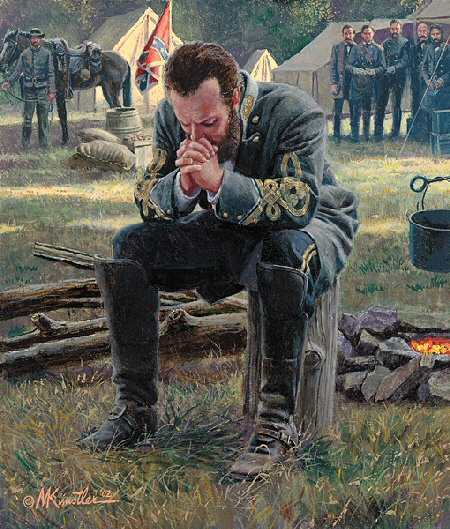 I came across a playful, but thoughtful comment this morning from one of Ta-Nahesi Coates’s readers, who goes by the name, Alabama_Girl.  Here is an excerpt from the comment:

The other day I went through the last books left on the shelves of my parents home and there was one about Stonewall Jackson. Now, as a child I loved that story. Shot by mistake, the brilliant soldier whose death might have turned things? I found it fascinating as a child, not yet delving into the cause of the battle or his beliefs. And Southerners know how to spin a [tale]. There’s a reason those live while tales of Grant languish. As an adult, I have to look at the cause he was fighting for, so was his death a sad thing, or thank you Baby Jesus that the dude died.

I love the way her story transitions from the child’s fascination with a key element of the Lost Cause narrative to a more mature reflection that acknowledges that the war was about something and that it mattered who was victorious.  Substitute any high level Confederate officer and you arrive at what I take to be her conclusion: “thank you Baby Jesus that the dude died.”  It’s not about celebrating any one individual’s death, but it is a simple acknowledgment that ‘death happens’ in war and that it matters who dies.  In the case of Jackson’s death it reflects the obvious point that the right side won the Civil War given the consequences of a Confederate victory.

Next post: How Does Confederate History Mesh With Black History?