The Anatomy of Lincoln Day in Virginia 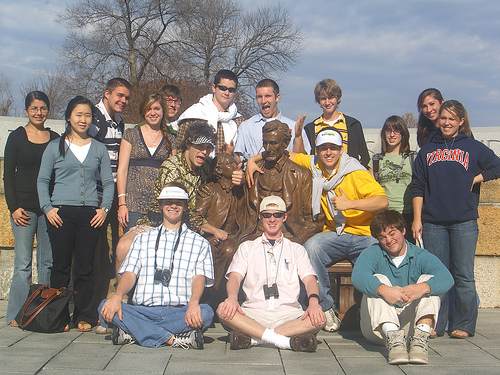 I highly recommend heading over to Richard Williams’s Old Virginia Blog for a thoughtful commentary on the Lincoln Day resolution.  Richard points out what he sees as an inconsistency between how Governor Robert McDonnell’s Confederate History Day proclamation was received and Sen. Marsh’s Lincoln resolution.  Let’s be clear that this story has yet to hit the mainstream news so I must assume that Richard is responding to the debate over the past week on this blog.  From OVB:

Richard goes on to suggest a number of things about Lincoln’s racial outlook that ought to be remembered to determine whether he, in fact, deserves such an honor.  They include references to colonization, the Emancipation Proclamation, the fugitive slave act, the Corwin Amendment, and a “fondness” for black minstrel shows and the “N” word.  Some of these points are more relevant than others, but that is up to each individual to decide.  Of course, I could come up with another short list that would tip the balance back in favor of Lincoln.  The bigger problem, however, is with the nature of these resolutions and their tendency to pluck out specific acts from any historical context.  In both Marsh’s resolution and Richard’s post we get no sense of Lincoln’s evolution in regard to his racial outlook nor do we understand his role at the time of the act.  The Lincoln of 1865 that is contemplating a limited suffrage for African Americans is not the Lincoln of 1850 or even 1862.

The bigger point for Richard is whether the resolution includes “the whole story.”

Personally, I don’t have a big problem with giving Lincoln his day – as long as the record includes the whole story, as was demanded for Confederate History month. We do want to be consistent and objective, don’t we?

This is a curious point given that no monument or commemoration includes the whole story; rather, it includes the story that an individual or community has a desire or need to remember.  In the case of Governor McDonnell’s Confederate History Month proclamation enough Virginians voiced their concerns that it had ignored a salient aspect of Confederate history.  This was enough to bring about a retraction and later a proclamation setting aside April as Civil War History in Virginia Month.  The other problem for Gov. McDonnell’s original proclamation was that it was framed as reflecting a “shared history” for all Virginians.  That was seen as problematic, especially among African Americans.

The verdict is still out on whether the Lincoln proclamation both includes the right historical references and whether it speaks to the preferred memory of the past and values of enough Virginians.  There is no objective answer to this question.  It depends entirely on who chooses to get involved and speak out through our democratic system.  As I’ve said before, I am just happy that we now live at a time when all Virginians can take part in these discussions.