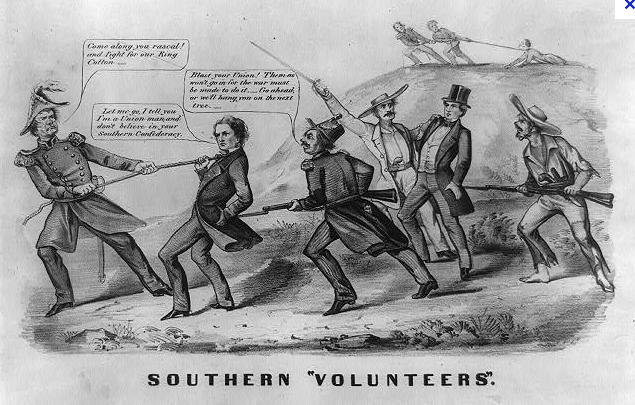 Given my last post I would be remiss if I didn’t acknowledge that today is the 150th anniversary of the Confederate Conscription Act, which made  all white males between the ages of eighteen and thirty-five eligible to be drafted into military service.  This was the first draft in American history.

It could be celebrated by those who believe that that the Confederate government was justified in instituting any measure necessary to bring about independence from such a corrupt government in Washington.  The problem is that the memory of Confederate heritage tends to avoid any challenge to a vague notion of a principled defense of states rights such as the centralization of power in Richmond that only increased as the war dragged on.

What is lost, however, is any acknowledgment of continued resistance against the Confederate government by such governors as Vance and Brown as well as countless others, who worried about the dangers associated with concentrated power.  Instead folks such as Thomas DiLorenzo rail against Lincoln for his supposedly corrupt efforts and embrace Davis and the Confederacy as counter-revolutionary.  Such a picture completely ignores the rich history of states rights advocacy that continued within the Confederacy itself.