Am I Really A Confederate Apologist? 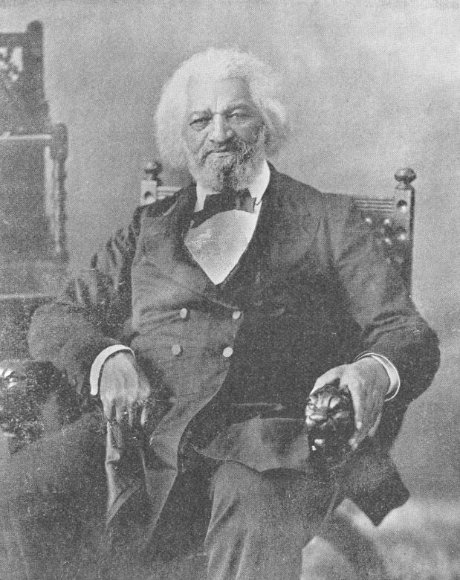 I can’t tell you how often I receive emails from folks who believe that my blog reflects a personal assault against the Confederacy and all things southern.  Yesterday I received the most bizarre email from a Frederick Douglass impersonator who took issue with my blog’s banner.  I should point out that the banner was part of a redesign back in 2009 by a custom theme developer.  I supplied the images of Lincoln, Lee, and Douglass.

Pray, tell me why the HELL is the great Frederick Douglass’ portrait positioned BEHIND the left shoulder of the traitor, CSA General Lee? Lee was not only a traitor but a flawed mistake prone popinjay who as a man and a military strategist and intellect would be on no par with Douglass…

I have portrayed Douglass since 197- and am now producing a series about him. I find your mural and the positioning of FD’s portrait to be distasteful and historically inaccurate! FD should be on more of a par with Lincoln. If any military commander should be there, it should be the supreme Union commander at the end of the war or a cabinet member. FD’s advice to Lincoln brought an end to the war and severed Lee’s armies in half…. Please remove one or the other. And if you keep FD, and decide not to anyone else there then place Douglass closer to Lincoln where he belongs… This was a war to end slavery and property in man… please respond…

I took the time to respond and encouraged this individual to spend some time with the content assuming that this would give him a very different perspective on what it is that I am doing here.  That apparently did not work.

Thank you for returning with a response. I have spent plenty of time on your FB site. The banner is problematic for one who is the direct descendant of those who were held as slaves here in North America and who is from two root wings of a family of black people here on the American continent since 1730. Evidently, “Civil War Memory” is really about the greater glorification of the South’s aim in that war which was property in man. All over the South and in many parts of the midwest there are memorials to Confederate veterans and none (though one is planned somewhere in VA, I imagine!) to the slave or bondmen and women. Lee in front of FD on your banner IS an insult. I am sorry to see you won’t do anything about it.

Previous post: Were Slaves Really Loyal to the Union From the Start?