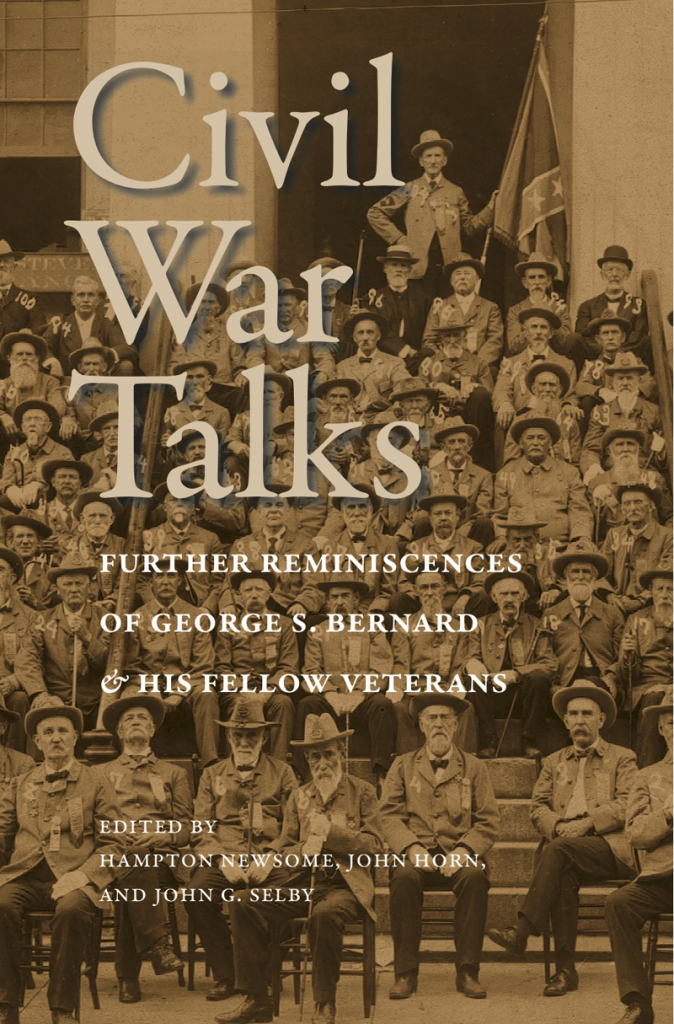 likely intended to be a follow-up volume to his War Talks of Confederate Veterans (1892).  Bernard served in the 12th Virginia, was present at the Crater, and remained very active in the A.P. Hill Camp, Confederate Veterans.  War Talks is an invaluable source, especially when it comes to the Crater so I was very pleased to hear that a collection of reminiscences by Bernard and others was being readied for publication.

There are only a few accounts of the Crater, including Bernard’s dedication address at Blandford Church in which a tablet was placed to remember the men from the Virginia brigade who died in the battle.  The address follows a pattern which I explore in my new book on the Crater.  While private reminiscences written by Confederate veterans continued to address the strong emotions re: the presence of black Union soldiers, public addresses took little notice.  In fact, Bernard steers completely clear of what was pervasive in the letters and diaries of Confederate in the immediate wake of the battle.  According to Bernard, “Our dead comrades fought and died in defense of their rights, their homes and their firesides.”  No surprise there.

Toward the end of the speech Bernard offers some thoughts that are often overlooked by those who claim to live politically in their footsteps:

The results have been many and far reaching, but none more striking than the growing conviction among thoughtful minds of the world, those of the North included, that the people of the South, however unwise or inexpedient may have been their act of secession, were, under the circumstances that surrounded them, justified in resorting to arms to maintain the right of their States to withdraw from the Union, if they saw fit, as they did to exercise this right.  But it is proper to add here that the same omnipotent power, in His infinite wisdom has allowed future events so to shape themselves that all now regard the question of secession as finally settled against the right as claimed by the seceding states and no people of our re-united country are more loyal to it or would go further to defend it than the people of the South and especially the Confederate veterans.

We too easily lose sight of the fact that while the activities of Confederate veterans during the postwar decades reinforced their connection to the 1860s and with one another it did not prevent them from moving forward.  These men ought not to be interpreted as stuck in time.  It may not be a stretch to suggest that their experiences in the war eventually enhanced their love and attachment for the United States.