Obama to be Renominated in the Last Confederate Capital 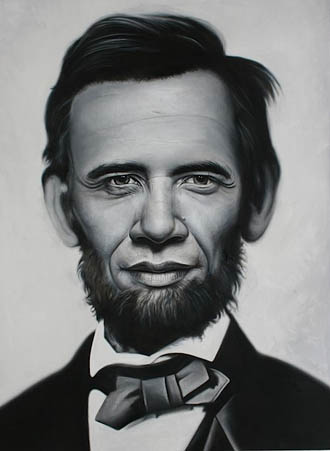 Next month President Obama will be renominated by the Democratic Party in Charlotte, North Carolina.  Charlotte lays claim as the last Confederate capital in April 1865.  It is here that Jefferson Davis learned of the assassination of Abraham Lincoln.  At first glance these two events may seem unrelated but not to the folks interviewed in this article.

“Charlotte is a New South city,” said Tom Hanchett, staff historian at the Levine Museum of the New South. “It existed during the Civil War and had some importance, but this city’s character has been shaped by reinvention since the Civil War. That spirit of reinvention is one of the reasons why the DNC decided to come to Charlotte. It is a city with a history but has never been a prisoner of its history.”

James Ferguson, a Charlotte attorney who has been heavily involved in the civil rights movement, said Obama’s renomination “is a historic event that is even more historic than the Confederate cabinet’s last meeting here.  “The nomination comes at a time when Charlotte is seeking to identify itself as a world class city, as a city coming into its full identity after a period of phenomenal growth,” Ferguson said. “In terms of African-Americans, there is this whole question of whether we are reaching a point where there is full equality or are we still dealing with having a first African-American this or that, and (saying) ‘that seems to be enough.'”   The continuing quest for full equality is symbolized by the renomination, Ferguson said, adding: “This election is equally important if not more important than the first election of President Obama, because it takes two terms for a president to really push forward a full program.”

David Goldfield, a history professor at the University of North Carolina at Charlotte, said the Charlotte renomination is compelling because “the Confederacy was born as a defense of slavery, and yet here in the last capital of the Confederacy we’re nominating a black man for president.  “It’s something we should feel very proud of,” Goldfield said. “We have come a long way as a region and we have come a long way as a country. White supremacy was not confined to the South — it was a national ailment.”

I tend to think that the attempt at irony here is weak given the emphasis on Charlotte’s evolution since the end of the war.  As the article suggests, there are so few reminders of Charlotte’s Confederate past that unless you look for it you are likely to miss what is there.  Obama won Virginia, North Carolina, Georgia, and Florida in 2008.  If anything gave us a sense of the evolution of the history of the South after 1865 it was the results of that election.  We already know this narrative.