Did Massachusetts Participate in the Civil War? 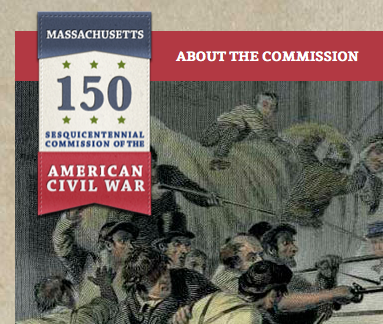 Of course, it’s a silly question, but I do have a point.  Last week an AP story on the challenges of commemorating the Civil War in Mississippi was picked up by news organizations across the country.  No one will deny that there are plenty of landmines to negotiate, but I am impressed by what is taking place.  Mississippians are exploring their past.

More to the point, the “angst-filled” state of Mississippi is doing a hell of a lot more than my new home of Massachusetts, which just recently established a Civil War sesquicentennial commission.  Other than the website, however, there is no activity to report.  This is unfortunate since we are approaching a crucial time in our sesquicentennial remembrance in which Massachusetts played a key role.  Surely the state can find the resources to organize some type of event to mark the raising of the first black soldiers as well as other key moments in the state’s Civil War past.

As someone new to the state I certainly understand the place of the Revolution in our popular imagination, but there is plenty to learn and to commemorate from that Second American Revolution.

Previous post: 300 Comments and Not a Word to Read