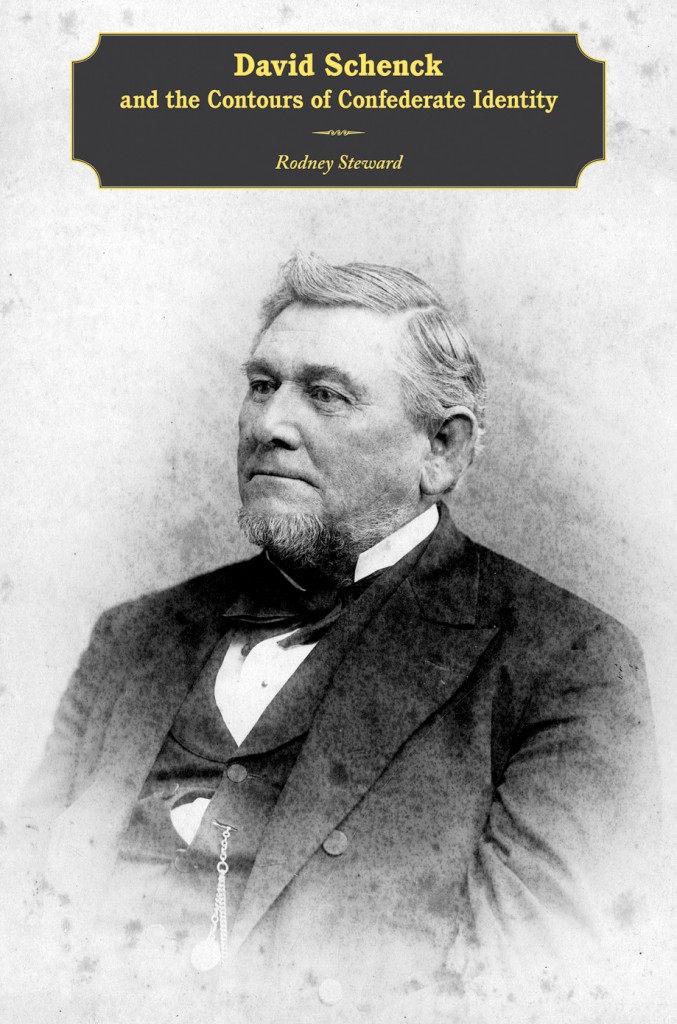 I am usually not surprised to see Civil War-related stories about the continued debate about the Confederate flag or questions about secession make the AP, but this one has thrown me for a loop.  Rodney Steward’s new book, David Schenck and the Contours of Confederate Identity

, examines the Confederate policy of sequestration, which was passed in response to legislation passed by the U.S. Congress that allowed for the confiscation of property of those deemed to be disloyal.  David Schenck was one of the agents or receivers for the Confederate government in North Carolina.

Receivers moved to seizing property owned by anyone felt to have Northern leanings.  In one case, property was seized from a North Carolina widow whose son lived in California and was considered an enemy alien. In another, a man who owned Wilmington property was delayed for a time on the Outer Banks behind Union lines. When he finally returned home, his property had been seized and he was turned over to the local military authorities as being a Union sympathizer.

That usually meant people were hanged, Steward said.  “Receivers could order people to give account of their property. And if they find what they are looking for — and even if they don’t sometimes and just made it up — they could issue a writ to seize the property and sell it at auction,” he said.  Much of the property is thought to have gone to the people who turned in neighbors. A large part also ended up with the receivers or an inner circle of ultra-nationalists like Schenck, who left extensive diaries, Steward said.

“In his diary, if you read between the lines, if people complain about the war it’s because they are disloyal and they lack virtue — they are not true to the cause. It almost sounds like Nazi Germany,” Steward said.  Schenck writes about building a new house in Lincolnton “at the precise moment that the economy of North Carolina and the Confederacy wasn’t just getting bad, the bottom was literally falling out,” Steward said.  He estimates Schenck personally seized as much as $50,000, about $2 million in today’s money.

While the Act of Sequestration was to compensate Southerners who had lost property to the Union, Steward says he’s not found any evidence money went to reimburse people.  And he wonders how many New South fortunes may have be built on money taken from fellow-Southerners. The system, he said, hurt the Southern cause at a time when it needed support from everyone.  “I think sequestration in the long run had the effect of crushing the will and creating a profound sense of disillusionment,” he said.

I have to admit that I do not know much about this specific Confederate policy, though it does fit into a broader picture of a centralized government in Richmond that intruded into people’s lives in myriad ways during the war.  Most people today know little about these policies since the Confederate government is commonly thought to be the last bastion of states rights or limited government in the history of the United States.  Even a cursory understanding of the history of the Confederacy is sufficient to call such a picture into question.  Perhaps that is why this particular article has gone viral.

Steward’s book grew out of his dissertation, which he wrote at Auburn University under the direction of Ken Noe.  I suspect it’s worth reading. 🙂

Next post: Battlefield Preservation or Destruction at Lutheran Seminary in Gettysburg