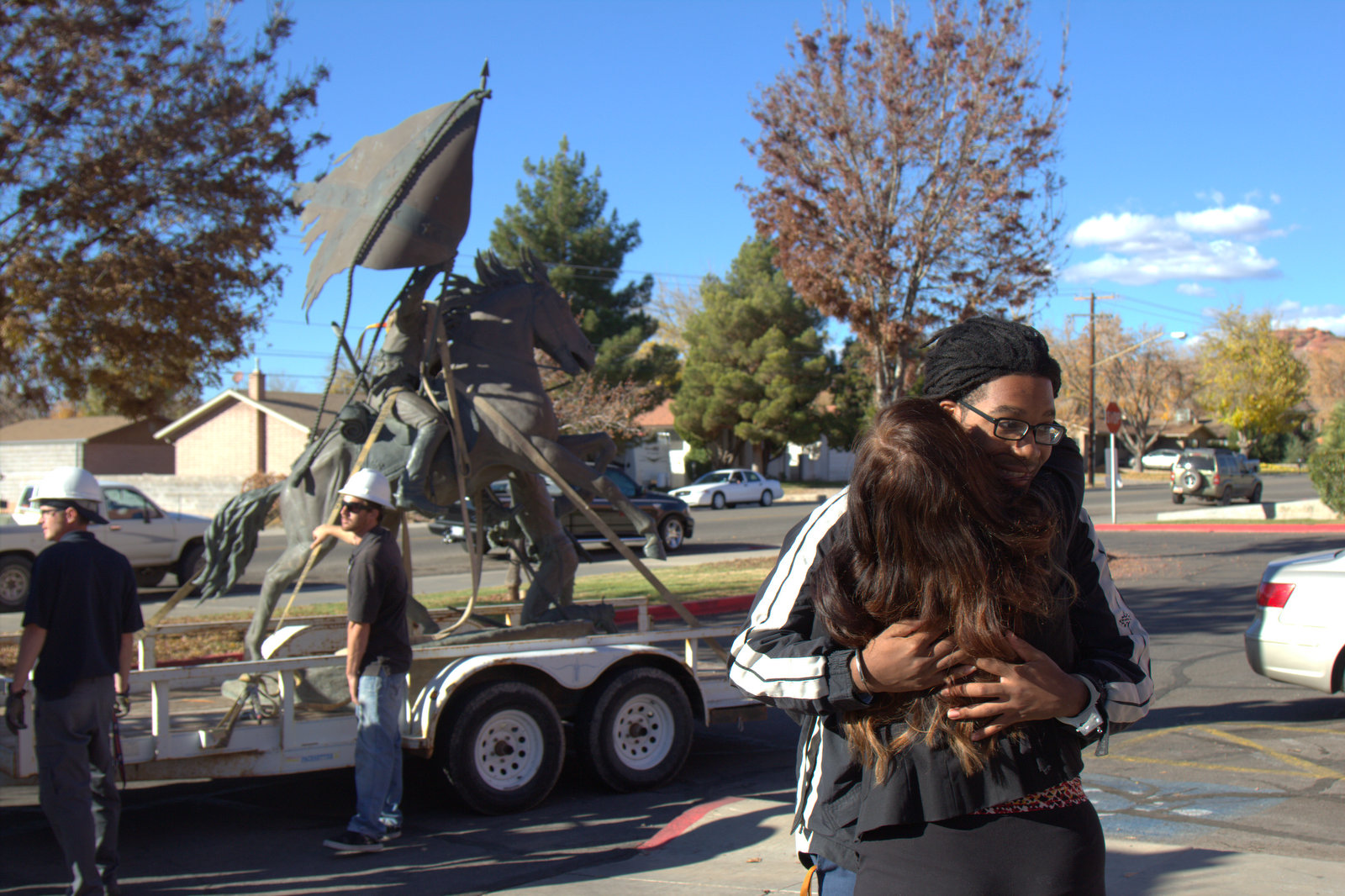 Like many of you I’ve been following this story out of Utah at Dixie College.  It seems that the school is going through a bit of an identity crisis as its status shifts from college to university.  Already a statue of a Confederate soldier has been relocated off campus grounds, but it is the debate over a change of name that has caused the most controversy.  At first I didn’t think much of this story as I thought the school’s name and even the Confederate statue constituted a loose identification with a Confederate past.  Chalk it up to Ole Miss wannabes.

Boy was I wrong.

Until a few weeks ago, Brody Mikesell, like most of his fellow Dixie students, saw no problem with the name. But he began leafing through old yearbooks, called “The Confederate,” after another student pointed out troubling photos, some as late as the early 1990s. White students sing in black face, dress as Confederate soldiers, stage slave auctions and affectionately display the Confederate battle standard.

Some as late as the 1990s?  In the official school yearbook?

The clincher for Mikesell was a parade float called “Gone With the Plow.” In a photo dating from the late 1960s, a man with his skin painted black pushes a plow while a white student, formally dressed with a top hat, holds what appear to be reins or a whip.

Troubling enough, but consider the following from business professor and former chairman of the school’s board of trustees Shan Gubler:

A 1981 graduate, Gubler once carried the Confederate battle standard on campus, never considering that many regard the flag as a racist symbol. Now, thanks to the yearbook photos, “we have printed ourselves into a corner,” Gubler said, because they affirm the perception that Dixie name is a nod to Southern racism.

I hate to break it to you professor, but this is much more than just a “nod” to racism.  The fact that there is a history of these images in the official school yearbook suggests that a certain culture was well embedded as late as the early 1990s and that it was sanctioned or at least tolerated by the school’s administration and faculty.  This is an open and shut case.  If the school wants to be taken seriously as a university it at least should do what is necessary to bring its outward appearance more in line with what we hope goes on inside its classrooms.

Next post: Would Love To See You in New York City