These Boots Were Made For Walking to Freedom 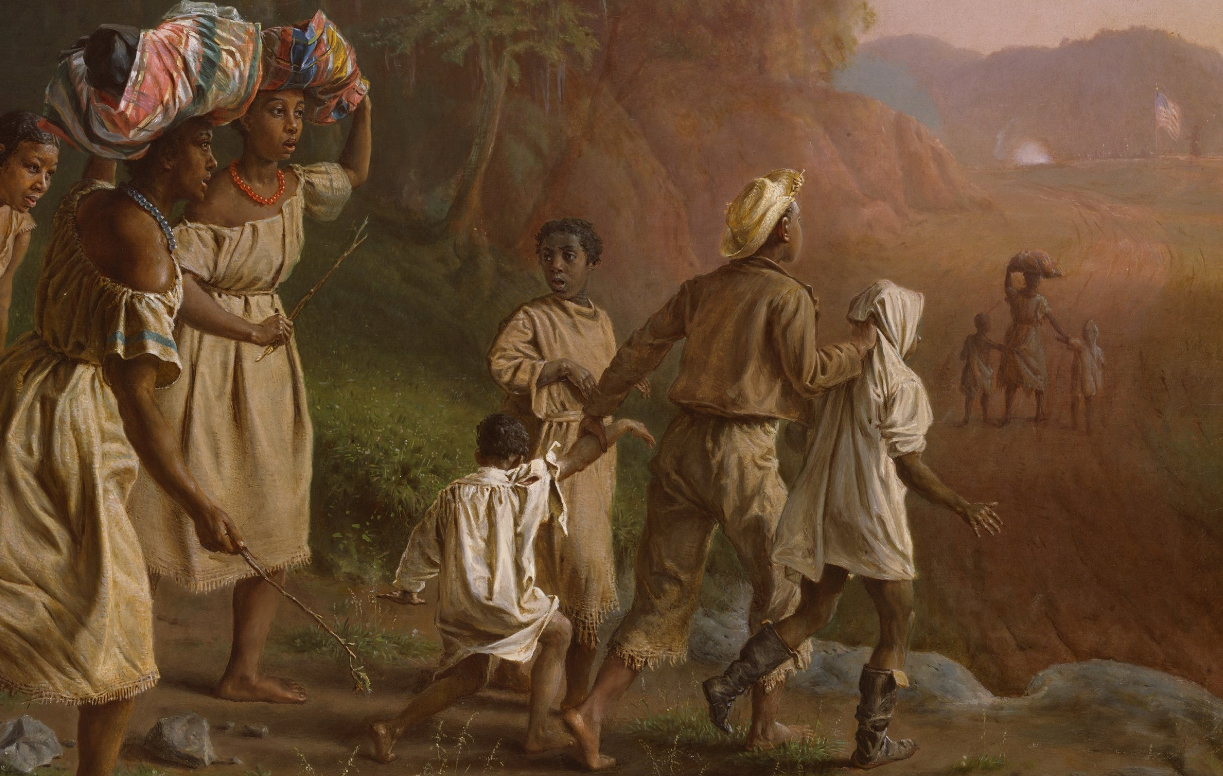 I am currently reading and thoroughly enjoying James Oakes’s new book, Freedom National: The Destruction of Slavery in the United States, 1861-1865

.  At some point soon I will share some thoughts, but for now I wanted to highlight the cover art by Theodor Kaufmann.  “On to Liberty” is in my mind the most compelling visual interpretation of the emancipation experience of tens of thousands of slaves during the Civil War.  Here we have a group of fugitive slaves walking confidently toward the sound of Union guns off in the distance.  The flash of the cannon and United States flag function as a beacon for this particular group.  It’s interesting that there are no adult black men present.  But what I want to point out is that apart from one child, who is wearing boots, everyone else is barefoot.  Whose boots might they be?  Are they military?  If so, Confederate?  Perhaps they belong to the boy’s former owner?  What might that mean?