Should This Confederate Flag Be Allowed in School? 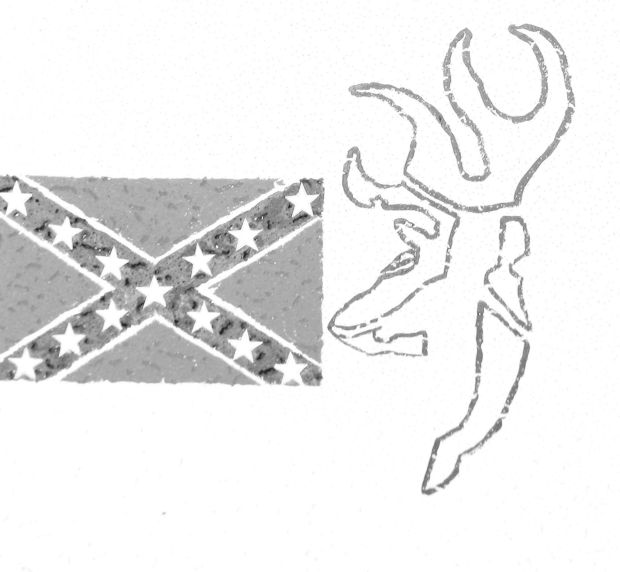 Once again, the courts have supported the right of school districts to ban students from wearing clothing that includes the Confederate flag.  The most recent case involved a school district in South Carolina in which a student repeatedly clashed with school administrators over a number of t-shirts that likely were purchased at a local Dixie Outfitters, including “Southern Chicks,” “Dixie Angels,” “Southern Girls,” and “Daddy’s Little Redneck.”

Hardwick also sought to wear a shirt labeled “Black Confederates,” honoring a Louisiana Civil War regiment made up of free African-Americans. She also tried to wear shirts she characterized as protests of censorship of the others, with slogans such as “Jesus and the Confederate Battle Flag: Banned from Our Schools but Forever in Our Hearts,” and “Offended by School Censorship of Southern Heritage.”

This is nothing more than a case of bad parenting.

I’ve been supportive of the school district’s right to ban this clothing for the sake of the entire community, but what about this case out of Bowman, South Carolina?  Jack Lambert submitted the above image for his art class not knowing that it would not be displayed along with the work of his fellow students.

“The project was supposed be about whatever you wanted to draw … and they said they’d put it on the wall,” Lambert said. “I feel like I have the right to express my opinion and how I feel.”

“I just drew the deer because I like to hunt and (I like) the rebel flag. I just wanted it on there. I grew up with it. It means freedom, country, hunting, redneck,” he said.

This doesn’t appear to be a kid looking for trouble and he satisfied the requirements of the assignment as outlined in the article.  It seems to me that this situation deserves to be handled differently from the standard t-shirt cases involving public schools.  At some point teachers need to teach and this was a classic missed opportunity.  The teacher could have explored other examples of Confederate flag art to touch on its history and controversy.  It did not have to be immediately blown out of proportion.  I understand the caution exercised here, but not every Confederate flag is going to send the student body into a race war.  We should have more confidence in our kids.  I think sometimes we do more damage in the name of protecting students.

Next post: The Future of Civil War History Is Not On the Battlefield