The Community of the Civil War Regiment 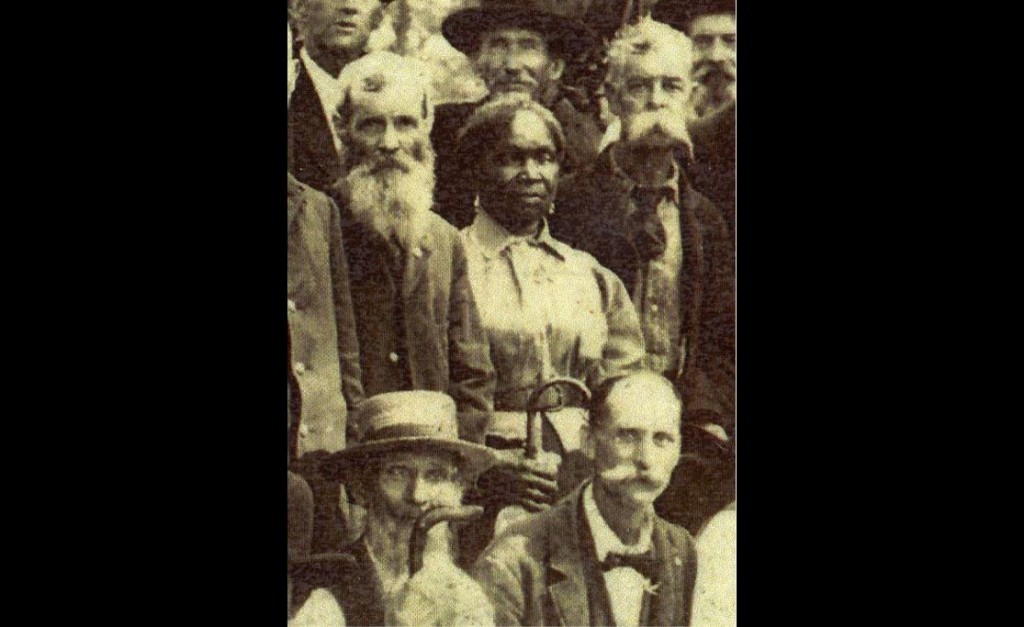 I had one of those moments this morning when reading the work of another historian opened my eyes to ways to deepen my own thinking about a particular subject.  Much of what I’ve written about in the first chapter of my black Confederates book explores the relationship between individual camp servants and their masters.  It offers a survey of the wide range of relationships and how they evolved owing to the exigencies of war.  The second chapter examines the presence of former camp servants at Confederate veterans reunions as well as the issuance of pensions by individual southern states to blacks for the vital roles they played during the war.  I’ve been struggling with how I can link these two chapters conceptually.  Despite claims to the contrary, individual relationships usually did not continue after the war along the lines of the loyal slave narrative.  That said, we do need to make sense of the presence of camp servants at these reunions.

Thanks to Barbara Gannon I think I may have found a way to draw some connections between wartime and postwar experiences of these men.  In “‘She Is a Member of the 23rd’: Lucy Nichols and the Community of the Civil War Regiment

” Barbara tells the story of the efforts of the men in the unit to secure Nichols a pension from the federal government.  Nichols was a slave before the war, who ended up with the unit as a nurse from 1862 to 1865.  Although Lucy never officially served as a nurse, but the men acknowledged her as a legitimate member of the unit in their testimony in support of her pension.  Barbara offers a broader definition of the Civil War regiment that looks beyond the muster rolls.

The community of the regiment, as understood by its members, was not always the same as the official military organization defined by the army.  Instead, membership in a regiment had more to do with the shared suffering of men and, in this case, a woman, than with the official muster roll.  Moreover, it was not so much the “red badge of courage”–battlefield wounds–that created this fellowship; instead, it was suffering that occurred between battles by soldiers who were on the march, exposed to the elements, and subject to diseases that were endemic to Civil War regiments. (p. 185)

Focusing on the community should give me a way to look beyond the individual relationships to gain a clearer sense of how camp servants were perceived by others in the units.  It should be especially helpful in understanding how shared experiences during the war could have translated into invitations to appear at reunions.  Of course, it is absolutely necessary to interpret all of this through the lens of a slave system and white supremacy, but this does provide a way of diffusing the reckless claims that these men were soldiers.  Often you get the sense that many of these references to black soldiers is a way of suggesting a certain intimacy or shared experience.

That doesn’t mean that the value camp servants earned in the eyes of the other men was always positive.  I’ve come across countless references of Confederates enjoying a good laugh at a slave’s expense.  There are also plenty of cases of abuse as well.  The entertainment value that these men provided continued into the postwar period.  Newspaper accounts of reunions often reference these wartime stories and in some cases veterans expected these former slaves to once again assume those roles.  In other words, these stories must balance those that acknowledge the shared hardships in camp, on the march, in the hospital and, on occasion, on the battlefield.

Barbara’s conceptual focus also makes it easier to interpret the steps that Confederate veterans took to help former slaves secure pensions from individual states later in the nineteenth and early twentieth centuries.  It is not a stretch to interpret the assistance that Confederate veterans gave to former slaves in helping them secure a pension as falling within the idea of a regimental community as outlined by Barbara.  They may have been slaves, but the experiences of shared suffering would have been sufficient to bring about a helping hand.  That doesn’t mean that veterans viewed these men as equals or as soldiers.  And finally, none of this can be interpreted outside the social, political, and racial contours of a Jim Crow society.  Anyway, you get the point.

Previous post: The Future of Civil War History Is Not On the Battlefield