Is The History of Gettysburg More Than a Collection of Facts? 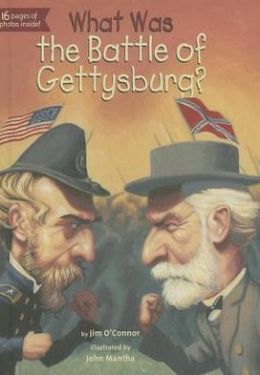 from within that small, but devoted community of Gettysburg buffs on various social media channels.  I am not an expert on the battle. I’ve read a bit and only in the last year or so have I been able to find my way around on the field with little difficulty.  If I am lucky enough to be on the field with an expert I give them my full attention and trust

I am about half way through and I am thoroughly enjoying the book.  That said, for a book this size I have no doubt that there are factual mistakes.  How can there not be.  The battle is a major event that has been poured over by historians. There are people who have devoted years of study to the battle as a whole and/or to various moments during the battle.

As a result it should come as no surprise that this book will be picked apart tooth and nail, by folks whose understanding of specific aspects of the battle outstrip Guelzo’s. I am not suggesting that it should not be.  Who is going to deny that getting the facts right is important? The author may, indeed, have mistakenly placed Two Taverns on the Taneytown Road or referenced Jubal Early as commanding three brigades instead of four.  Like I said, there are factual mistakes in just about every history book.

What I am wondering about, however, is whether the release of a new book on the battle of Gettysburg is simply another opportunity to run through a checklist of facts and accepted profiles of the standard list of characters.  Is there room for interpretation in a battle where there is so much emphasis placed on such excruciating factual minutiae?  Is the history of Gettysburg more than a collection of facts?