Commemorating the 54th Massachusetts in the Heart of the Rebellion 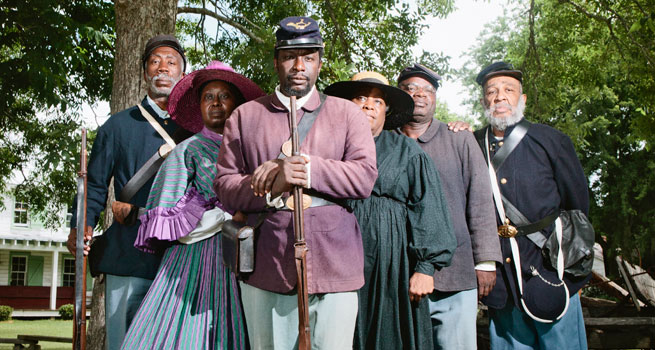 This Thursday marks the 150th anniversary of the 54th Massachusetts Volunteer Infantry’s unsuccessful assault at Battery Wagner outside of Charleston. Though the amount of attention focused on this event pales in comparison with the recent commemoration of the battle of Gettysburg, the event constitutes the “high water-mark” of the black soldier experience in the Civil War and in our popular memory. This is due in large part to the success and continued popularity of the movie, “Glory”. On the one hand, the movie obscures the rich history of those black men who fought for the United States during the war beyond the 54th, but it also opens a door that will hopefully be exploited by those involved in this commemoration over the course of the week.

It’s worth reminding ourselves that this is the same city where the Civil War began on April 12, 1861 at Fort Sumter and in a state that is still bitterly divided over whether the Confederate flag ought to be displayed on state house grounds. In 1961 the Francis Marion Hotel refused to admit African American delegates from northern states, who traveled to the city to take part in a Civil War Centennial Commission meeting. Fifty years later and the commemorative landscape looks very different indeed. To mark the occasion, the city and surrounding communities are going all out.

On Thursday, more than 50 black re-enactors from five states and the District of Columbia travel by boat to Morris Island, where they will fire a salute and lay a wreath in honor of the fallen. The battery itself has been lost to time and tides. The re-enactors will camp in several sites around Charleston beginning on Tuesday.

On Thursday evening, at about the hour of the attack, there will be a concert of Civil War music at Fort Moultrie on Sullivans Island. Then 294 luminaries will be lit on a field honoring those both North and South who perished at Wagner.

“Glory” will be shown Friday on an outdoor screen in Marion Square in Charleston. The 1989 film starring Matthew Broderick, Denzel Washington and Morgan Freeman helped bring the story of the 54th Massachusetts to a wider audience.

Scholars and authors gather at the historic Dock Street Theatre on Saturday to discuss the 1863 Charleston campaign. Today, a monument to the fallen at Battery Wagner will be dedicated on Charleston’s Battery. During the week, there will be living history events including musket firings, drills and talks at Moultrie.

Local coverage of the anniversary can be found here and here. Click here for a more detailed list of events, including times, throughout the week. No, this is not your grandfather’s Civil War commemoration.

Previous post: “It Is An Invasion To End a Rebellion”