The Face of Public History (Part 2) 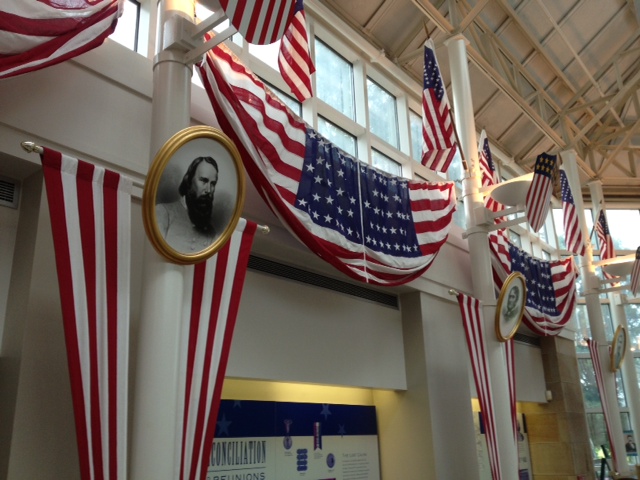 This past week I was reminded of just how upsetting it can be for African American to have to confront the Confederate flag when visiting a Civil War site. I don’t care how many H.K. Edgertons and Karen Coopers you embrace, in the end, many blacks feel alienated and/or unwelcome when visiting these sites. There should be no doubt about why this is the case given the history of the Confederate flag

It is with that in mind that I share the above photo, which I took in the visitor center at the Chickamauga & Chattanooga National Military Park last week. The flag bunting lines both walls as you enter the building, one side of which features Confederate and the other Union generals. I was told by the staff that every once in a while they have to respond to a complaint, which I was not surprised to hear. As to the history behind the decision to feature both sides in this way I cannot say, but I find it to be both respectful and welcoming to all Americans. Of course, Confederate regiments out west utilized a number of flags in battle so perhaps that has something to do with the choice.

Given the last post, I also can’t imagine too many Confederate veterans having a problem with such a display.