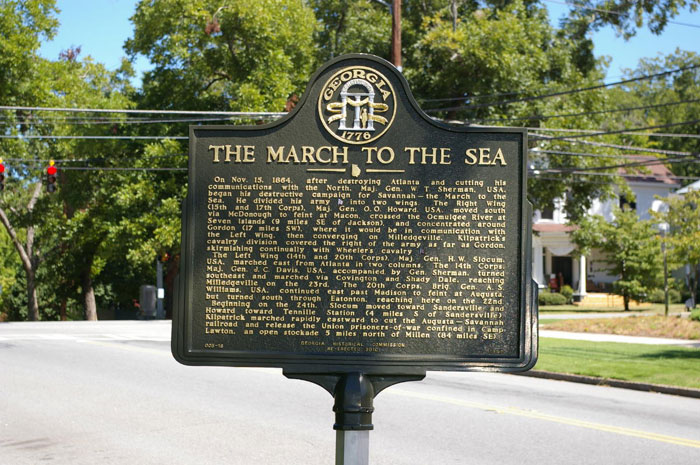 Apparently, somebody decided to have a little fun and steal the memorial marker to Sherman’s March located on North Clark Street in Milledgeville, Georgia. According to the story, it is not the first time the sign has gone missing. Perhaps the guilty party is attempting to revise the narrative. Actually, I suspect it’s a college prank.