Massachusetts at the Crater 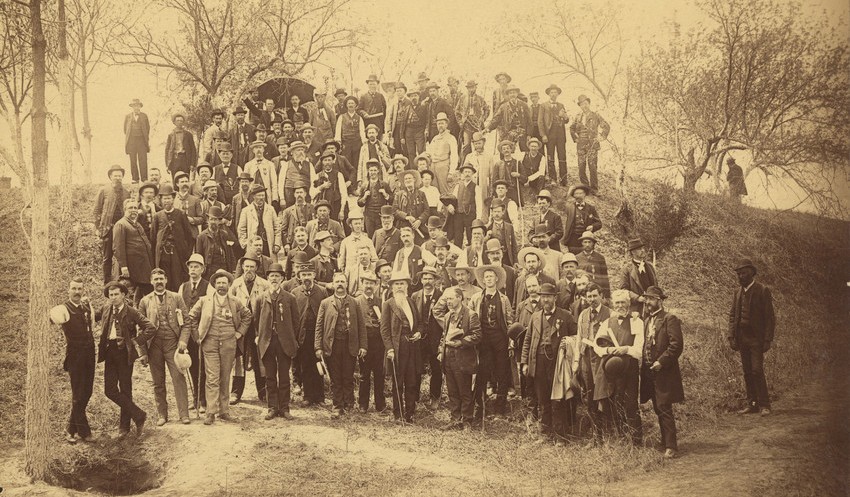 57th Massachusetts at the Crater with William Mahone at center (1887)

One of the things that I regret about my book on the Crater is that I failed to spend sufficient time exploring Union accounts of the battle, both during and, especially, after the war. Given that I wrote the book while living in Virginia I was always primarily interested in Confederate accounts (wartime and postwar) and what they had to say about issues related to slavery and race.

Two things have come together this past week, however, that will allow me to rectify this situation. First, I’ve been invited to speak at the Union Club here in Boston this coming February on the topic of the war in 1864. The second is an exciting writing opportunity. Back in 2006 I was invited to submit an essay on the Crater for a very popular edited series on Civil War military campaigns, but unfortunately the project fell through. The good news is that the project has been revived, but publishing the essay as is would be redundant given the publication of the book.

With this in mind, I’ve decided to focus the essay as well as my talk in February on Massachusetts men at the Crater. There is plenty of archival material and other sources to work with at the Massachusetts Historical Society, but more importantly, this will give me the opportunity to think more carefully about Union memory of the Crater in light of recent scholarship from Caroline Janney

, Keith Harris and others. I fear that my analysis in the book did not do a particularly good job of showing the extent to which Northern memory of this battle challenges some of the assumptions made by David Blight in Race and Reunion

regarding memory of emancipation, slavery, and USCTs.

Anyway, just when I thought I had dug myself out of the Crater completely I find myself buried up to my shoulders.