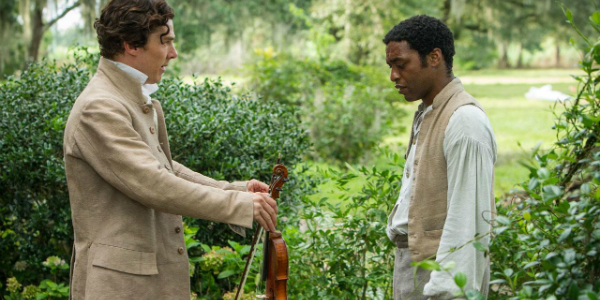 It is being reported that some of the descendants of slaveowner William Prince Ford are not happy with how he has been portrayed in 12 Years A Slave.

One was his great-great-grandson, 77-year-old William Marcus Ford,  who described the film as ‘too dark  and exaggerated’. He added: ‘By all accounts, my great-great-grandfather treated his slaves well and did his best for them. ‘He was born at a particular time in history when slavery was accepted throughout the South. ‘It wasn’t illegal. That doesn’t make it right or moral by today’s standards but back then it wasn’t an ethical issue. Northup saw him as a kindly person. He was a highly moral man.’ The film, says Mr Ford, ignores the fact that ‘slaves were regarded as valuable pieces of property and that it wouldn’t be in an owner’s interest to treat his slaves badly’. He said: ‘Good field-hands had worth. They were valued. A skilled craftsman like Northup would have been valued. There might have been a few bad apples, but I don’t think there was widespread brutality.’

The past few decades has witnessed an incredible outpouring of scholarship on the complexity of the master-slave relationship. The institution varied widely depending on both time, place and a host of other factors. No one should be surprised that as much as 12 Years A Slave has made room for meaningful discourse about the history of American slavery, it has also reinforced deeply entrenched positions and ideologies. For many a continued defensive stance is the only response.

That defensive posture is beautifully reflected in Mr. Ford’s comments. Notice how Ford first pushes the past further away by declaring that “back then it wasn’t an ethical issue” but then has no trouble declaring that his own ancestor was “a highly moral man.” Why? Because Solomon Northup supposedly believed this to be the case. This is what we do, but make no mistake such claims have very little to do with history or an interest in the past for its own sake. There is something obscene in a move like this.

Here is the full passage in which Northup reflects on Ford that is often quoted in part.

Our master’s name was William Ford. He resided then in the “Great Pine Woods,” in the parish of Avoyelles, situated on the right bank of Red River, in the heart of Louisiana. He is now a Baptist preacher. Throughout the whole parish of Avoyelles, and especially along both shores of Bayou Boeuf, where he is more intimately known, he is accounted by his fellow-citizens as a worthy minister of God. In many northern minds, perhaps, the idea of a man holding his brother man in servitude, and the traffic in human flesh, may seem altogether incompatible with their conceptions of a moral or religious life. From descriptions of such men as Burch and Freeman, and others hereinafter mentioned, they are led to despise and execrate the whole class of slaveholders, indiscriminately. But I was sometime his slave, and had an opportunity of learning well his character and disposition, and it is but simple justice to him when I say, in my opinion, there never was a more kind, noble, candid, Christian man than William Ford. The influences and associations that had always surrounded him, blinded him to the inherent wrong at the bottom of the system of Slavery. He never doubted the moral right of one man holding another in subjection. Looking through the same medium with his fathers before him, he saw things in the same light. Brought up under other circumstances and other influences, his notions would undoubtedly have been different. Nevertheless, he was a model master, walking uprightly, according to the light of his understanding, and fortunate was the slave who came to his possession. Were all men such as he, Slavery would be deprived of more than half its bitterness.

We would do well to remember that Northup’s evaluation of Ford is his and not ours. It’s Northup’s attempt at making sense of his experience in bondage. As a result it offers  tremendous insight to the complexity of the master-slave relationship in light of his eventual sale to Epps, but it is also incomplete.

Consider his reference to Ford as a “Christian man.” That is a highly seductive reference for modern day slavery apologists who have a need to minimize the inhumanity of the slave system. It’s not surprising that some find the scene in which Ford is preaching while one of his female slaves cries over the loss of her child to be troubling. That rub is the result of a presentist assumption that slavery and Christianity are incompatible when, in fact, they were perfectly compatible during the antebellum period.

Christianity could be used to both assuage both the moral concerns of the slaveowner and encourage obedience among the slaves. We find the same thing at work among those who have become seduced by stories of Stonewall Jackson teaching his slaves to read the Bible in Lexington, Virginia before the war.  Ford and Jackson were not preaching freedom, but working to perpetuate what they understood to be God’s natural order.

We need to stop trying to understand the history of slavery in this country by imagining who we wouldn’t mind being enslaved to.

Next post: “A People’s Contest” and a Classroom Discussion