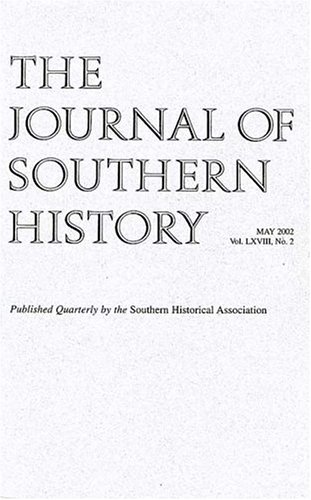 I’ve been very pleased with the reception that my book has received from the scholarly community since its publication in June 2012.. My goal was to write something that would be accessible to a wide audience, but would also be of interest to historians of memory, the Civil War and the American South. Even the critical reviews have been fair and have given me much to think about. I have to say, however, that getting a positive review in The Journal of Southern History [February 2014 (pp. 214-15)] is really something special. For many historians it is considered to be the premier journal in the field. The journal can’t review every new study in Civil War history so thanks to the editorial staff for selecting my book and thanks especially to Bonnie Loughlin-Schultz for writing the review.

Kevin M. Levin’s insightful work opens with the battle of the Crater as depicted in the 2003 film Cold Mountain, which presents the battle as most Americans think of it: Union detonation of explosives under a Confederate fortification followed by terrible hand-to-hand combat and Confederate victory. It is no fluke that the film glossed over the pivotal role of the United States Colored Troops (USCT). Instead, its interpretation is the culmination of a nearly 150-year-old contest over how the battle should be remembered.

Levin, known to many historians for his acclaimed blog Civil War Memory, deftly explores the role of race in this battle for memory. In reality, the USCT played a pivotal role and fought bravely in the face of terrible conditions. Petersburg was the first time that General Robert E. Lee’s soldiers faced former slaves on the battlefield, and they responded that day with a violence that held “no tactical purpose” (p. 29). Many captured black troops were executed by Confederate soldiers bent on preserving racial hierarchy in the South.

Memory, however, rarely matched reality. In the battle’s aftermath, white southerners denigrated the contributions and abilities of the USCT, while many northern accounts ignored them or, influenced by racism, blamed them for the northern loss. In the decade and a half after the war, the former Confederate soldiers’ visceral responses to African Americans became more muted, and a paternalistic assessment of black presence and celebration of Confederate heroism emerged in reunions and written accounts. At the turn of the twentieth century, Virginia veterans’ memories became implicated again in shifting racial politics. As the Lost Cause triumphed, the USCT presence was minimized in public presentations (though Levin adeptly reveals how veterans’ written accounts “reflect[ed] a lingering bitterness” about their encounter with black troops [p. 75]). A 1903 reenactment featured only one African American participant, in the role of Thomas J. “Stonewall” Jackson’s cook and servant. A 1937 commemoration at the recently established Petersburg National Military Park had none, even thought the Richmond Times-Dispatch’s preview of the festivities referred to how, during the battle, Confederate troops were “‘goaded to insane fury by the faces of a Negro division'” (p. 101). The National Park Service continued to marginalize black participation until an African American countermemory of this battle and the broader Civil War emerged during the civil rights era. The Petersburg National Battlefield erected a marker honoring the USCT contribution in 1974, and rangers today routinely incorporate discussion of race and slavery into the narrative of the battle.

David. W. Blight’s  thesis in Race and Reunion: The Civil War in American Memory (Cambridge, Mass., 2001) is now such a given that the story Levin tells feels familiar, but he complicates the expected narrative by pointing out all the nuances in Virginia memory, particularly those of state politics. After William Mahone, who led the Confederate counterattack at the battle, became a prominent Readjuster politician, he was maligned by Lost Cause supporters such as Jubal A. Early: their resentment of Mahone’s willingness to work politically with African Americans morphed into a battle over who held the rights to establish Confederate memory. Even the politics of memory in the former Confederacy, then, were more complicated than we might have assumed.