Are These the Men Who Burned Columbia, South Carolina? 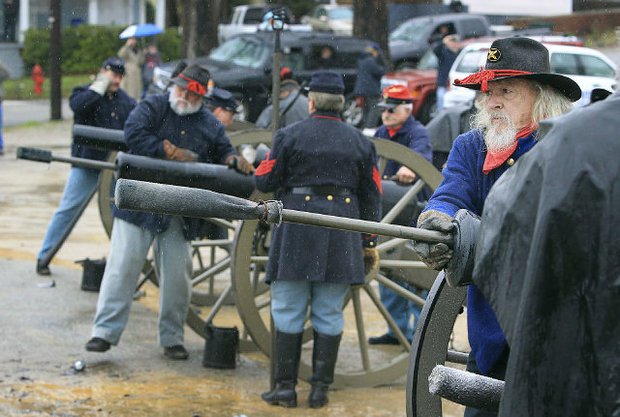 This weekend the Wade Hampton Camp, Sons of Confederate Veterans will mark the anniversary of the bombardment of Columbia, South Carolina with a reenactment. The SCV hopes to remind local residents of the destruction wrought by the Union army. According to Don Gordon:

It’s important that we actually understand the true history of our city. We were fighting against the invading army that had burned every town that they came through.

The camp’s website devoted to the burning of Columbia reinforces their preferred narrative: “The responsibility for the burning of Columbia rests on the shoulders of Gen. William Tecumseh Sherman, commander of the Federal forces.” Of course, anyone who has bothered to study this event knows that there are any number of questions surrounding what took place on February 17, 1865.

Marion Lucas’s Sherman and the Burning of Columbia is considered by many to be one of the better recent scholarly studies. Fellow blogger Al Mackey has a nice summary at his site that covers Lucas’s overall argument and includes selections from relevant primary sources. Lucas does not place full blame on Sherman’s army for what happened.

As always I wonder who ‘we’ is intended to refer to when it comes to Civil War memory. Is it intended to refer to the descendants of the area’s black population who may not have seen the arrival and even destruction of Columbia as such a horrific event? Does it resonate in a city that has no doubt witnessed the kinds of demographic shifts seen in much of the rest of the South over the course of the past 150 years?

Watching a bunch of elderly men fire off artillery will likely draw a crowd, but in terms of the history it is meant to commemorate, it falls woefully short.