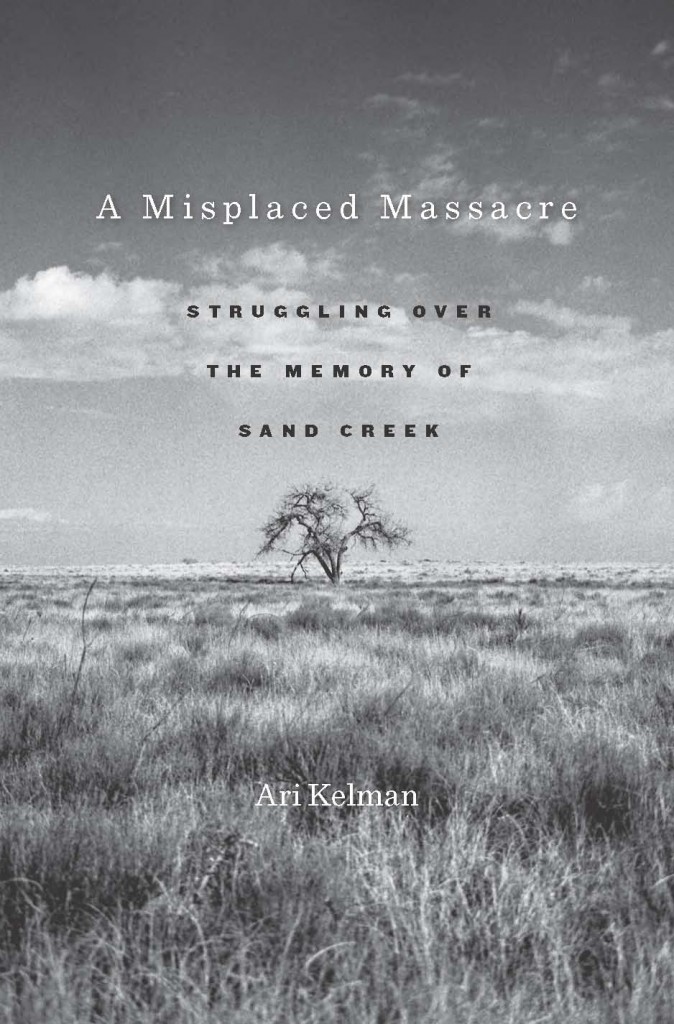 The judges for the 2014 Bancroft Prize could not have selected a better book this year. I’ve been raving about Ari Kelman’s A Misplaced Massacre: Struggling over the Memory of Sand Creek (Harvard University Press) since its publication. Here is my blurb for a “best of” list that recently appeared in The Civil War Monitor magazine.

takes place west of the war’s western theater. Most Americans don’t identify the 1864 slaughter of Cheyenne and Arapahoe Indians as a Civil War battle, but interestingly enough the incident is listed on a monument dedicated in 1909 to Coloradans who fought in the war. The descendants of the slain, however, always considered what happened at Sand Creek a massacre, not a battle. Kelman skillfully traces the competing memories of Sand Creek along with the heated public debates between Native American tribes, local landowners, the National Park Service, and Civil War buffs that ultimately resulted in the establishment of the Sand Creek Massacre National Historic Site in 2007. He makes a compelling case that the fighting on the frontier and the fate of Native Americans at the hands of the U.S. military must not be forgotten at a time when Americans have embraced a narrative of the Civil War as a “new birth of freedom.” A Misplaced Massacre is a reminder that Civil War memory studies are far from tapped out.

Ari recently contributed an essay to the special issue of Common-place that I edited with Megan Kate Nelson. For whatever it’s worth I think this is an important book. Looking forward to meeting Ari in June at the Civil War Institute.