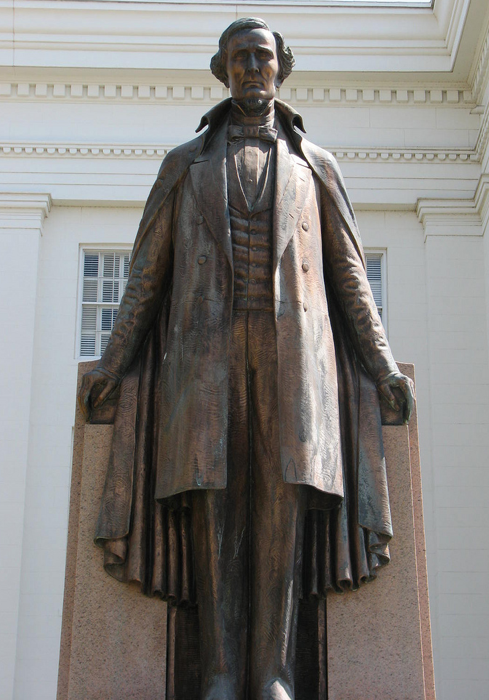 On Sunday I head out with roughly 35 students and 3 colleagues for a 5-day tour of the Civil Rights South. We’ve been meeting with students to give them a broad outline of the history and questions that will be covered as we travel from Atlanta to Memphis.

In Montgomery we will stop at the state house to talk about the Jefferson Davis monument and the soldiers’ monument. I am going to discuss Davis’s swearing-in ceremony as well as the Confederacy’s commitment to the institution of slavery and white supremacy. Students will hopefully come to see that the many marches and protests that took place during the 1950s and 60s occurred in the shadow of these sites. The civil rights struggle was not simply an attempt to change the trajectory of the South, but a challenge to a deeply engrained collective memory of the past that all but ignored the state’s African-American population.

I will likely not have time to do much blogging during this trip, but I do plan on doing a good deal of tweeting.

Previous post: “We Learned How the South Was Right”