The Invisibility of White Southerners on the Civil Rights Tour 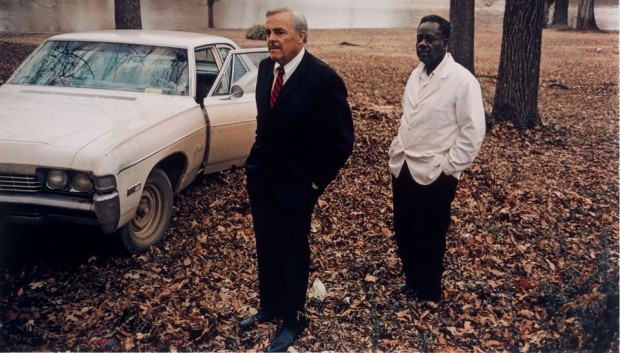 A Civil Rights tour of the South can be a transformative experience for students. I know it has been for a number of mine, who took part in last week’s trip. There is no better place to teach this material than at the very sites themselves. They allow for the kind of identification, empathy and understanding that is impossible to teach in the classroom. The experience is only heightened when in the presence of those people who took part in the struggle. On our trip those participants were almost all African American. They included folks on the front lines and those behind the scenes. They afforded an intimate look into the lives of African Americans and the black communities in which they lived at the time.

Unfortunately, what emerged all too clearly for me on this recent trip was the lack of any meaningful connection with white southerners from the Civil Rights generation. They remained largely a shadow only to be referenced as “the white South”, “segregationists”, etc. I am not suggesting that the counterpart to Joann Bland, Fred Ray, and Charles Person, are whites who carried Confederate flags in the streets, took part in beatings of marchers or were active on Citizens Councils. In fact, I think we have relatively little to learn from them specifically. As difficult as it might be to organize I would prefer if students were able to spend time with ordinary white southerners who neither resisted civil rights nor encouraged it. Jason Sokol explains why at the beginning of his excellent book, There Goes My Everything: White Southerners in the Age of Civil Rights, 1945-1975.

Most white southerners identified neither with the civil rights movement nor with its violent resisters. They were fearful, silent, and often inert. The age of civil rights looked different through their eyes. The prominent events of the era–the 1955 Montgomery bus boycott, the 1960 student sit-ins, the Birmingham church bombing in 1963, the Selma-to-Montgomery march of 1965, for example–often had less meaning than the changes in the texture of day-to-day life. Few white southerners ever forgot the day they first addressed a black person as “Mr.” or “Mrs.”; the time their maid showed up for work, suddenly shorn of her old deference, the day they dined in the same establishments as black people; the process by which their workplaces became integrated; the autumn a black man appeared on the ballot; or the morning white children attended school with black pupils. Taken together, these changes amounted to a revolution in a way of life. (pp. 4-5)

Again, I have no doubt that finding the right people might be difficult, but the payoff would be huge. As it stands students tend to walk away cheering for one side and assuming that most whites consciously resisted. But this misses the sense of uncertainty and fear that many whites likely feared as they tried to make sense of what was happening to communities, whose foundations had never been so challenged. The goal, of course, is not to judge but to better appreciate how race seeped into every crevice of the Jim Crow South and how its unraveling was experienced by many whites.

I don’t mean in any way to diminish the violent and hate-filled resistance that black civil rights advocates experienced during this period. Those walls of police, angry crowds, and defiant local and state governments constituted the front lines of the civil rights struggle, but the challenges of tearing down Jim Crow can only come when we peer into the lives of ordinary people to see how they lived with and managed these profound changes.

Their struggles offers important insights into how all of us live with and continue to struggle with issues of race.

Next post: For All the Brave Confederate Warriors Who Continue to Fight the Good Fight