Of All the Books To Read After the Antietam Campaign 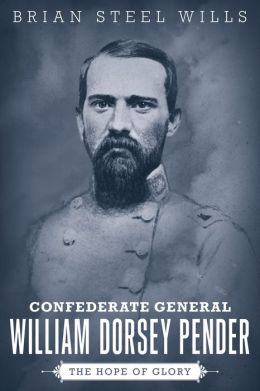 I am just about finished reading Brian Steel Wills’s new biography of William Dorsey Pender. It’s a solid biography, just what we’ve come to expect from Wills. Indeed, he has been very productive in recent years. Pender’s letters to his wife Fanny are front and center in this biography. One of the most interesting sections occurs early on in the book when Dorsey is chided by his wife for admitting to flirtatious behavior with women in Suffolk, Virginia, who he openly admitted, “will do anything for me.” That’s probably not what you want to write to your wife, who is struggling back in North Carolina to take care of two young children. Live and learn.

Even more interesting, however, is the revelation that shortly after the Antietam Campaign Pender chose to read Harriet Beecher Stowe’s Uncle Tom’s Cabin.

I am reading Uncle Tom’s Cabin and really you have no idea how nearly we [i.e., Stowe and Pender] agree one the subject of slavery.  I tried to whip Joe the other day but could go only three stripes.  He is thus far a very smart boy and much improved.  You would be amused at some of his trades.  The rascal seems to have plenty of money, but I have ordered him to allow me to be his treasurer.  He has managed to dress himself in a nice gray uniform, French bosom linen shirt—for which he paid $4—has two pairs new shoes, etc., etc.  If he continues as he has commenced his clothing will never cost me anything. [Additional Pender letters can be found here.]

Joe was one of Pender’s body servants during the war. Wills includes a number of references to body servants, but this is a case where I wish he had taken the analysis a bit further. First, why did Pender choose to read Stowe at just this moment in the war? Wills argues that “slavery was more practical than political” for Pender, though this distinction is not clear in my mind. Even more curious is the author’s claim that Pender never questioned the place of slavery in southern society, which leaves open what exactly he found himself in agreement with re: Uncle Tom’s Cabin.

One of the things that I am struggling with in the first chapter of my book on camp servants is in illustrating how the challenges of camp life, marching and battle shaped the master-slave relationship. Pender, like others who brought slaves with them into the army, seems pleasantly surprised by Joe’s ability to adjust to the rigors of life away from home. No doubt, seeing Joe in this new light challenged some of Pender’s assumptions about his abilities and character. But Pender’s referencing of Stowe’s book in this particular paragraph leads me to wonder whether the book itself aided in stimulating Pender’s apparent sympathy for Joe.