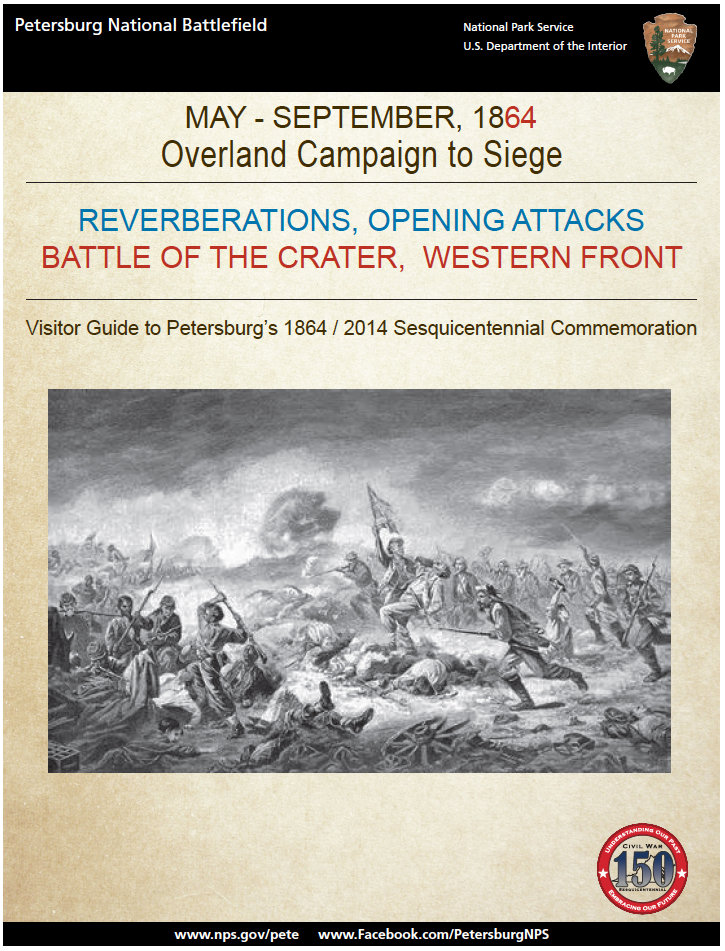 I thought we would never get here, but in roughly two weeks the 150th anniversary of the Petersburg Campaign kicks off. The staff at the Petersburg National Battlefield has put together a helpful handbook [PDF] that includes all the information you need related to events between mid-June and the end of September. There is quite a lot taking place this summer and fall. From what I’ve heard the crowds have been impressive throughout the commemoration of the Overland Campaign, which is a great sign that public enthusiasm can be sustained.

As you might expect I am very excited about the 150th anniversary of the Crater. I will be in Petersburg beginning on July 29 through August 2. On August 1 there will be two panel discussions on aspects of the battle of the Crater and at 7pm I will be delivering an address on the battle and Civil War memory. The location for the panels and my talk has yet to be decided.

I am so looking forward to the commemoration and I am honored to be a part of it. Hope to see some of you on the Crater battlefield at the crack of dawn on July 30.