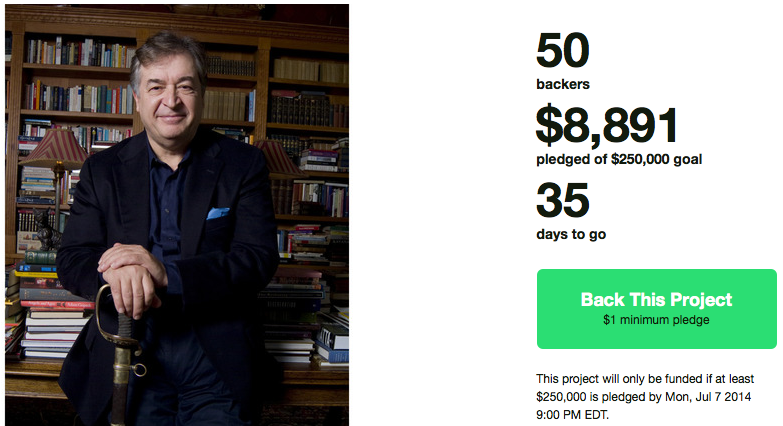 I had a feeling we were talking about a Kickstarter campaign. Five days into his campaign and Ron Maxwell has raised roughly $9,000 of the $250,000 that needs by July 7. It’s no secret that I am not a fan of Maxwell’s movies. There are a couple of problems with this campaign.

First and foremost, there is no video. How about an interview with Maxwell and/or short preview of one of the stories that he plans to bring to the big screen. I actually like the idea of turning some of these more obscure stories into short movies, but why such a long list. Pick a few and describe in some detail what makes them special and how their filming might add to our understanding of the Civil War. I am surprised by how little information accompanies the individual stories.

This production should have been launched at the beginning of the sesquicentennial and not at the tail end. As you might guess, I don’t believe we are ever going to see the first episode of the series, at least not through crowdfunding.

In fact, I am willing to go out on a limb and predict that I don’t believe this campaign will raise more than $15,000. Do you agree/disagree? How much money do you think Ron Maxwell will raise. Let’s see who gets closest.