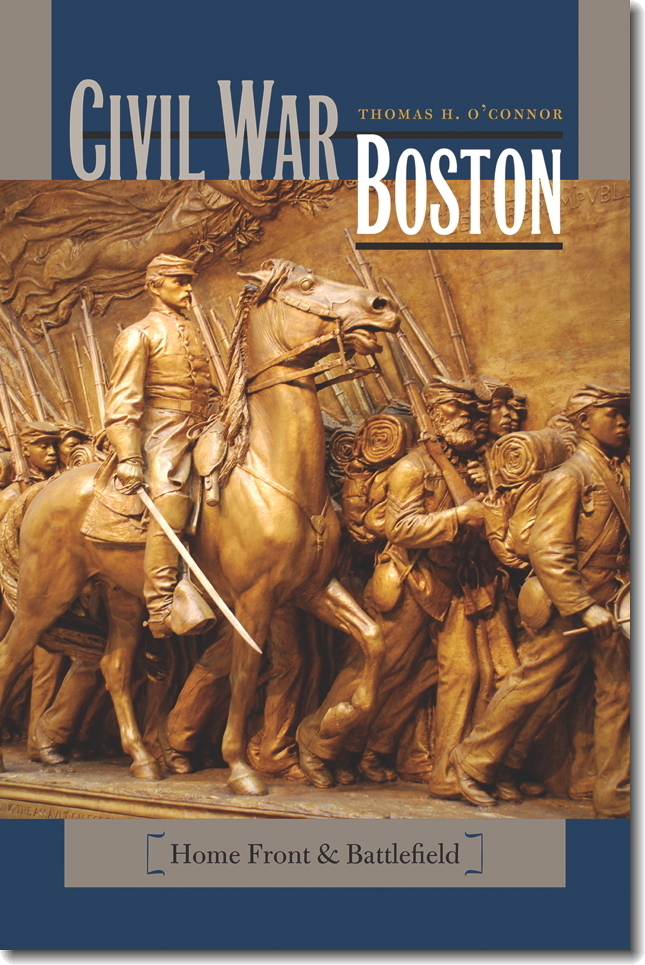 I’ve devoured a good deal of Boston history since arriving in the city in 2011. Unfortunately and perhaps surprisingly, the one major gap in my understanding is the Civil War era. Apart from Thomas H. O’Connor’s Civil War Boston: Home Front and Battlefield there is really nothing available. Stephen Puleo’s books are helpful, but they are more narrative and lack that analytical edge.

The one exception to this is Stephen Kantrowitz’s, More Than Freedom: Fighting for Black Citizenship in a White Republic, 1829-1889, which as the title suggests focuses on the racial dynamic of Boston.

O’Connor’s study was published back in 1997, but apparently it was allowed to go out of print. Thankfully, Northeastern University Press has seen fit to bring it back in a new paperback version.

I am three chapters in and it is quite good. O’Connor does an excellent job of analyzing the complex ethnic and racial make up of Boston during the 1850s as the sectional divide widened. Coverage of the varied response to John Brown’s raid is particularly good.

The book’s arrival was perfectly timed as I am putting together a lesson plan on Jefferson Davis’s 1858 visit to Boston, which included a speech at Faneuil Hall. The speech fits perfectly into the period between the Dred Scott decision and John Brown’s raid. Among other things Davis was clearly attempting to reinforce ties between northern and southern Democrats on the eve of the 1860 presidential election and reaching out to conservative Bostonians who remained sympathetic to the South for various reasons.

I decided to turn this into an essay for one of the Civil War magazines. More on that later.

Previous post: The Problem of Southern Thinking From a Southerner