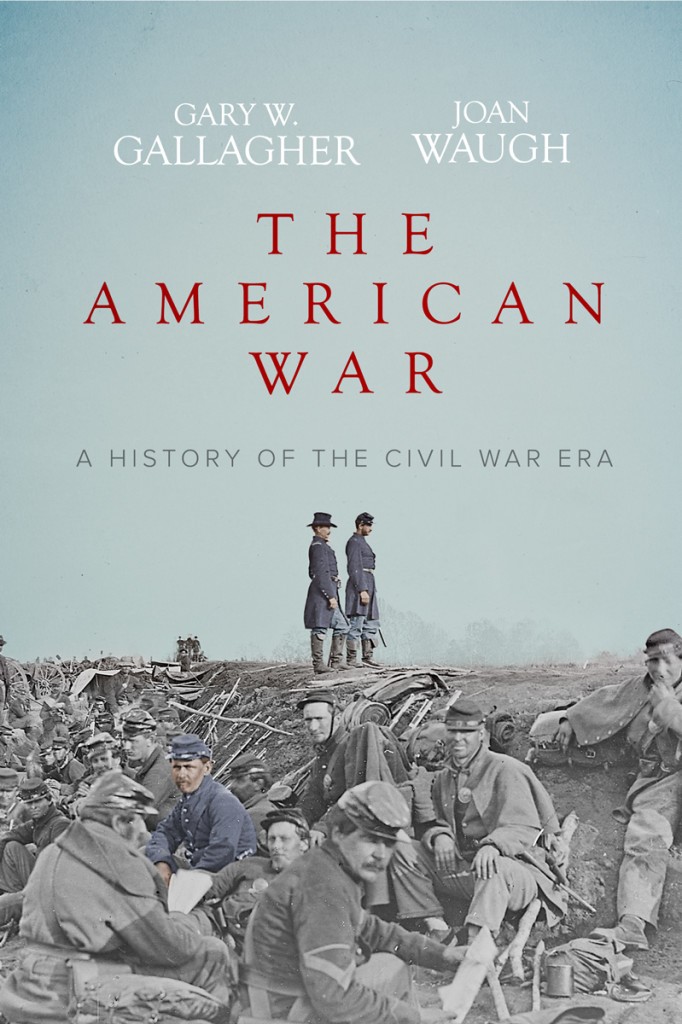 I wanted to share with you a brand new survey of the American Civil War authored by Gary Gallagher and Joan Waugh that is suitable for both high school and college history classrooms. Even given the notoriety of its authors the book is likely to fall through the cracks given that it is not being released by a major publisher.

The American War: A History of the Civil War Era is published by Christian Spielvogel, who runs Flip Learning.

Over the past ten years I have used a number of different texts, including Brooks Simpson’s, America’s Civil War, Louis Masur’s, The Civil War: A Concise History and This Terrible War: The Civil War and Its Aftermath by Michael Fellman, Lesley Gordon and Daniel Sutherland. They all work well in different ways.

This new book, however, is the most comprehensive introductory text that explores many of the key themes and events in just a little more detail. It weaves together politics, the home front and military action seamlessly. Included in its 247 pages of text are chapters on Reconstruction and a nice concluding chapter on the memory of the war. What I also like about this text is that the interpretive positions taken by Gallagher and Waugh emerge clearly, which allows teachers to take a more critical approach to the reading in combination with other sources.

Flip Learning offers this text in the form of a traditional book and Interactive eTextbook. I was involved in the production of the ebook for a couple of years, though I am not exactly sure what the final version looks like. What I can tell you is that it includes numerous interviews with the authors that I conducted over the course of two days at Gallagher’s home in Virginia. I used the interview time to push the authors to explore key events and themes as well as questions concerning the historiography of the war.

I also helped to produce videos that explore the war from the perspective of the participants. Again, I am not exactly sure what these videos look like, but here is a sample of a short video that explores soldier motivation early on in the war, which I wrote. These videos are designed to compliment the text. You will also find interviews with the authors on site, though I believe these are just excerpts.

As I understand it this project was initially intended to compliment a classroom simulation based on The Valley of the Shadow website called The Valley Sim. The simulation allowed students to role play historical figures from the website and navigate as best as possible through the experience of war on the home front or in the army. At this point I am uncertain as to the status of this project.

All that said, the book alone is worth considering for the reasons discussed above. Contact the company for additional information if needed and I am sure they will get back to you in a timely manner.