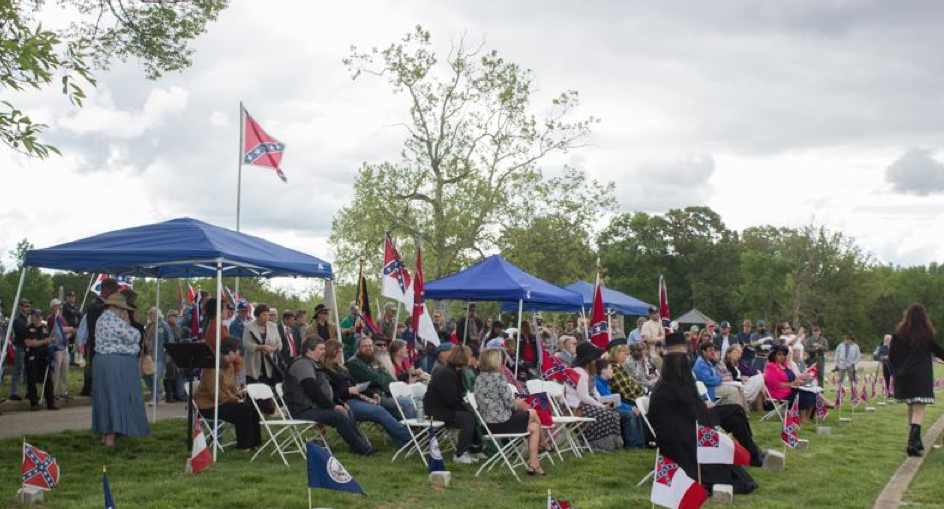 Update: Apparently, I touched a nerve with the Virginia Flaggers. Susan Hathaway reports that their CMD celebration attracted roughly 200 people. At one point ceremonies honoring the Confederate dead attracted more substantial numbers from local communities. Now, in the former capital of the Confederacy it might attract 200, including the color guard. Thanks for making my point.

The debate over Confederate iconography in public spaces may still be very much alive, but Confederate heritage is dead. The other day I suggested that Confederate heritage organizations like the Sons of Confederate Veterans and United Daughters of the Confederacy ought to confine their activities to specific times and places. Not everyone agreed with the suggestion. Hopefully, it is sufficiently clear that my thoughts on this subject are driven by a firm conviction that interest in commemorative activities is confined to a very small group that will likely continue to decrease.

Yesterday the annual celebration of Confederate Memorial Day took place in Magnolia Cemetery in Charleston, South Carolina. According to one reporter about 50 people attended this event. Let that sink in for a few seconds. On a beautiful spring day on what is arguably the most important day for those who believe the Confederate soldier is worth remembering, only 50 people took time out of their weekend to attend.

One week ago the Virginia Flaggers and a number of local SCV and UDC camps met in Oakwood Cemetery in Richmond to do the same. (See the image above.) Their attendance also reflects a waning interest in remembrance. The problem is not that these people are being prevented from gathering, but that there are so few people who care.

The title of this post is certainly premature, but it is not a stretch to suggest that at some point in the near future we will reach this point. It’s the reason I have little problem with these types of ceremonies. They not only take place in relatively isolated places that can easily be ignored, but more importantly, celebrations of the Confederate past no longer reflect the values in the communities where they take place.

This was certainly clear even before the horrific shootings of last June, but since then it should be clear to anyone who cares to look that we are fast approaching that final Confederate Memorial Day.