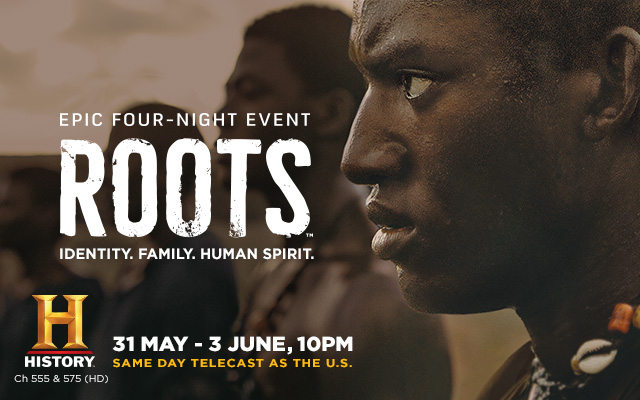 Like many of you I am excited about the first episode of the mini-series Roots, which airs on the History channel tomorrow evening. I am also concerned. History does not have the best track record when it comes to programs that are actually about history. Many of their most popular programs have only a loose connection to the serious exploration of the past, such as American Pickers and Pawn Stars. Documentaries such as America: A History of Us and The Men Who Built America offer such a narrow and simplistic view of their subjects that they are almost worthless. Other programs, namely Ancient Aliens, throws the book out completely.

This is the right time for the re-making of Roots, but that it is associated in any way with History ought to concern anyone who is hoping for a mature and challenging look at the history of race and slavery. History’s track record alone does not bode well for this series, but even if it is successful along these lines its legitimacy is far from secure.

Again, consider the family of programs in which Roots will reside. How do you defend the history of slavery and race presented in this series alongside claims that ancient aliens built the pyramids and explanations of why the U.S. dropped the Atomic Bomb on Japan from Rick Harrison and Chumlee?

As we all know, the history and memory of slavery is fraught with misunderstanding and myth. Roots carries with it a great deal of cultural weight and significance for many Americans. This is not just the re-making of any mini-series and the history of slavery is not just any piece of our national story. It goes without saying that expectations are high.

I just can’t help but wish that the airing of a new version of Roots for a new generation of Americans wasn’t happening on a different channel tomorrow evening.

Previous post: John Hennessy on the Legacy of the Civil War