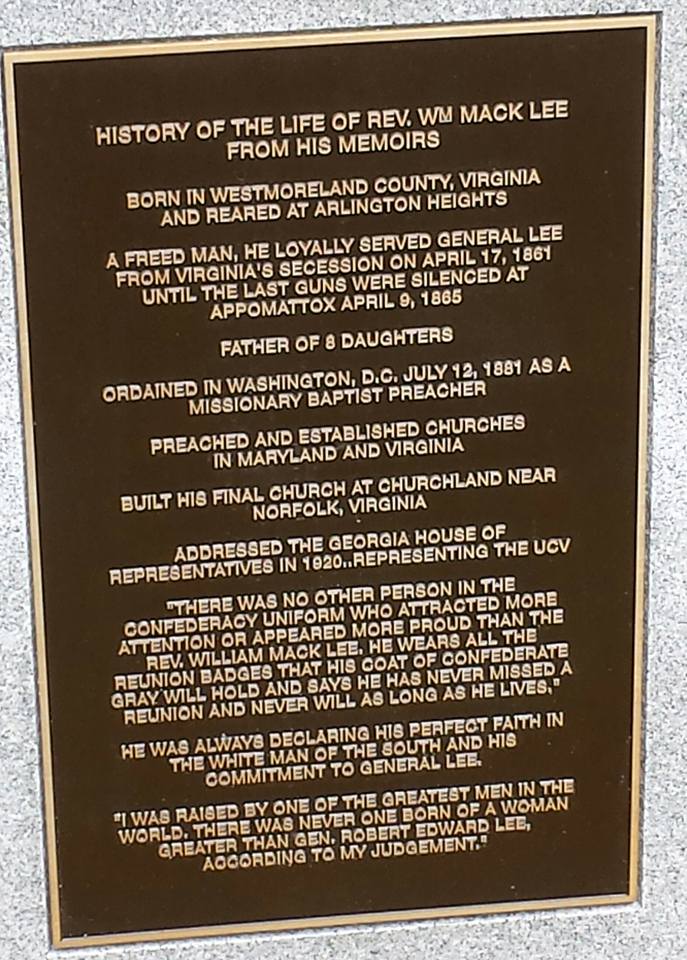 A few people have inquired as to the likelihood that the Norfolk County Greys Chapter, Sons of Confederate Veterans or the national organization will take steps to correct the history reflected on the headstone that was recently dedicated to William Mack Lee. The SCV claims, among other things, that WML was a cook and servant to Robert E. Lee. I wouldn’t hold your breadth.

This headstone dedication fits neatly into a disturbing trend involving the appropriation of the lives of former slaves by the SCV and United Daughters of the Confederacy to reinforce their own agenda that goes back decades. We saw it in the placement of a Southern Cross of Honor in front of Silas Chandler’s grave and more recently in the dedication of a headstone and marker to Weary Clyburn in North Carolina.

The Confederate heritage crowd defends their actions on the grounds that they alone have the right to interpret and commemorate the history of their ancestors and the Confederacy. Anyone who deviates from this narrative is brushed aside as a “revisionist,” “politically incorrect,” or as harboring a deep hatred for all things Confederate. At least those are some of the most popular labels that have been directed at me over the years. They provide a useful shield with which to defend their celebration and commemoration of the lives of so-called “black Confederates.” In short, folks like me can be easily brushed aside. 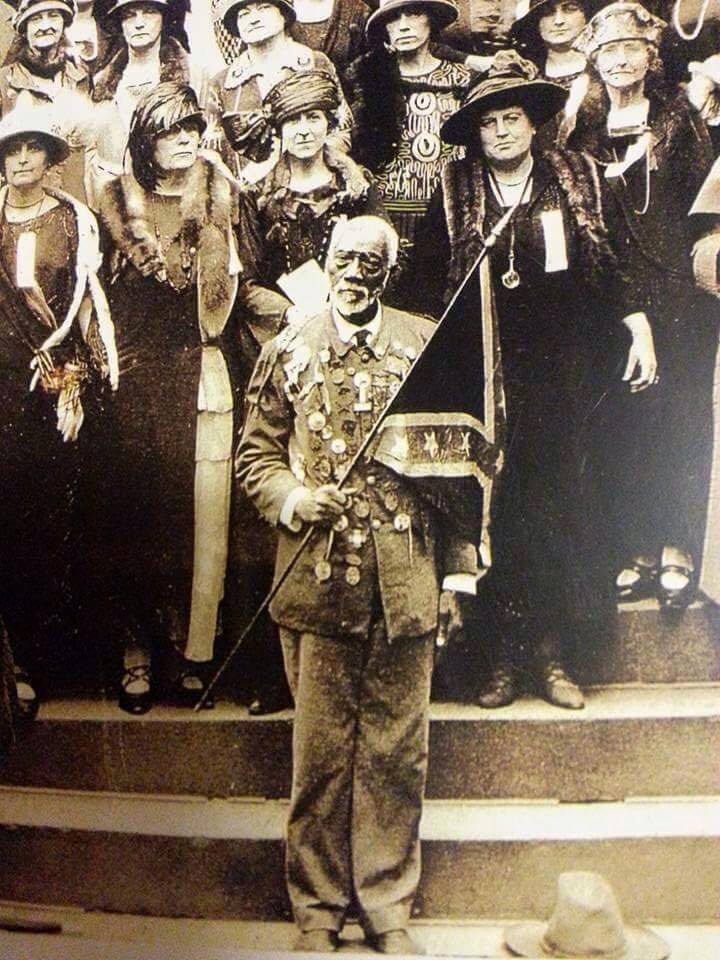 William Mack Lee with the UDC

The problem in this case, however, is that the evidence undercutting the recent dedication of this particular headstone does not come from an outsider, who can be easily dismissed, but from the very pages of the Confederate Veteran magazine, which to this day is published by the Sons of Confederate Veterans. You may remember that it was the editor of CV who challenged the very narrative pushed by Mack Lee that appears to be the sole source used to justify this ceremony. The engraving on the headstone above is pulled in its entirety from Mack Lee’s published pamphlet. According to the editor, none of it is true.

It seems to me that the shoddy research that has always been a staple of the SCV has landed them in a tough spot. Acknowledging their mistake exposes their inability to engage in even the most rudimentary kind of historical research. Their idea of research comes down to accepting at face value whatever they are disposed to believe from a document, regardless of whether it is a pamphlet or photograph.

Some may be tempted to single out Mack Lee himself as a con man, who sought to deceive Confederate veterans and white southerners generally. Now it is certainly the case that Mack Lee knew he had published a false narrative and it might certainly be true that he intended to deceive his supporters to raise money, but it misses the important point that his actions took place within the broader con that was the Lost Cause narrative. He took advantage of what white southerners wanted or needed to hear from former slaves and “servants”.

But acknowledging that Mack Lee was a con man is damaging in another way. If they accept this assumption, it raises the question of how many other black participants in Confederate veterans activities were engaged in some type of deception. In their own way, the SCV managed to highlight the very myth that they defend as historical truth.

There is no easy way out for the SCV and others who rely on these stories, which is why I suspect they will do their best to ride this embarrassment out as best they can.

Next post: Roots, Fort Pillow, and the Legacy of Racial Violence