Yesterday a group of protesters gathered in my old home of Charlottesvile, Virginia to protest the removal of the Robert E. Lee monument. The group was led by Richard Spencer, who popularized the term, “alt-right.”

Last night Spencer led a relatively small group in a torchlight ceremony that reminded many people of similar ceremonies held by the Nazi party in the the 1930s. 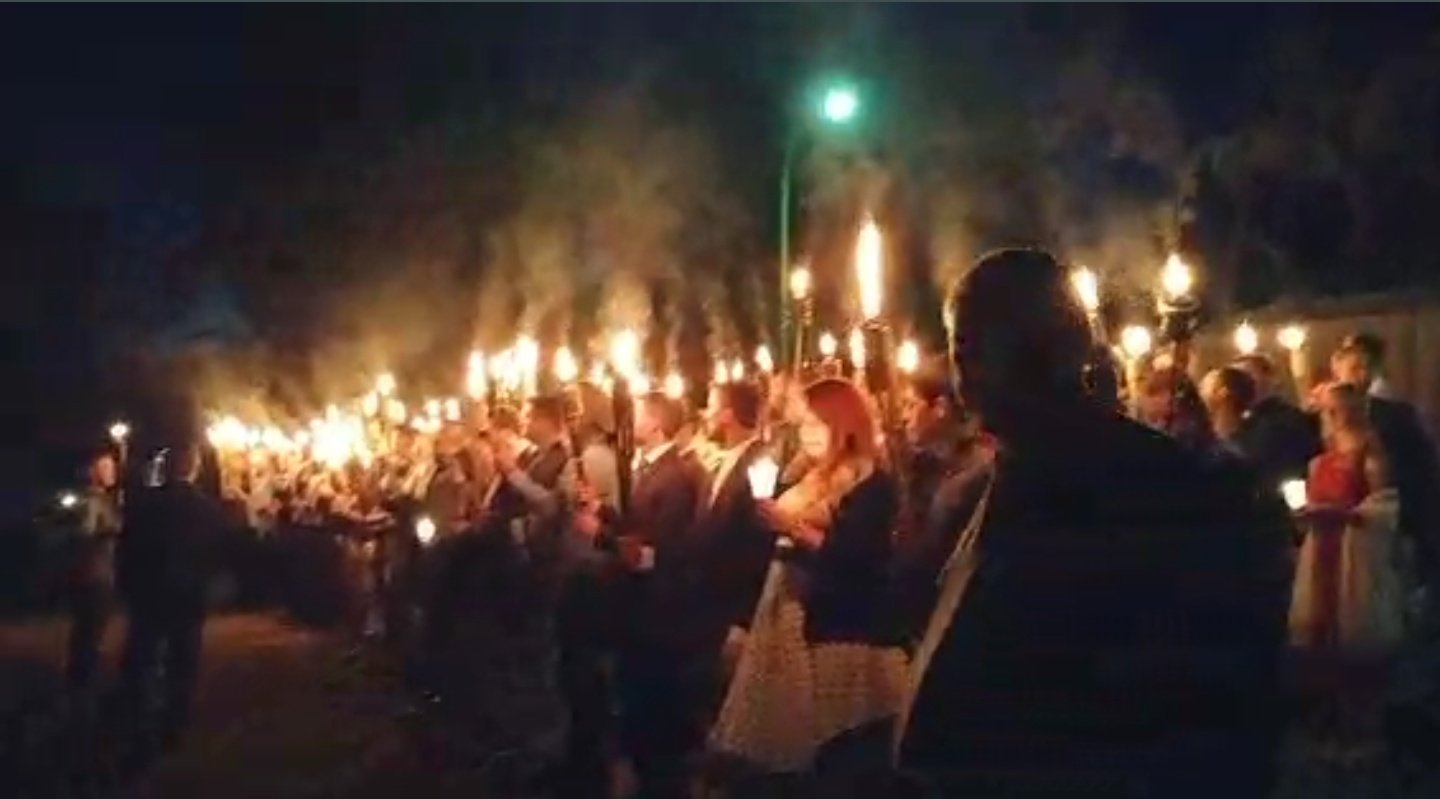 The city was quick to condemn the group as were two organizations that have organized to protest the removal of Lee and other Confederate monuments in the city. A statement released by The Monument Fund included the following:

Neither Save the Robert E. Lee Statue nor The Monument Fund were in any way involved in these events and only learned of them though media reports. We remain committed to preserving the Robert E. Lee Monument in its park through the legal process in the courts because of its historic and artistic value. We soundly and completely reject racism, white supremacy, and any other identity based groups that preach division and hate no matter which side of the issue they happen to support.

The statement is certainly welcome, but what the members of these organizations need to remember is that regardless of their good intentions, from a historical point-of-view there is nothing inappropriate or surprising about last night’s protest. The Monument Fund and other groups have no more legitimacy in the meaning they attach to these sites than Spencer’s crowd.

In fact, the meaning that Spencer and his crowd attach to the Lee monument and other Confederate sites throughout the city fit neatly into their collective history.

It is no accident that a group of white supremacists decided to rally around Lee. Lee devoted roughly four years of his life to waging war in the name of a nation that hoped to establish a slaveholding nation built on white supremacy. Charlottesville’s Confederate monuments were dedicated at the height of the Jim Crow era. The monuments, including a Confederate soldier in front of its courthouse reinforced for decades a message of racial exclusion and second-class citizenship for African Americans.

Every gathering by white supremacists around Confederate monuments strengthens this historical thread and reminds us that the fight for racial justice is ongoing.

This post is not intended as an argument to remove or preserve these monuments. That is up to the people of Charlottesville and the residents of other communities across the country.

What I do hope to remind organizations like Save the Robert E. Lee Statue is that the people that gathered last night around Richard Spencer in Charlottesville’s Lee Park are right where they belong.

Previous post: A Loyal Slave Standing at Attention in 1909